As medical professionals and would-be newlyweds Vicki and Alasdair MacGregor found almost every part of their lives in 2020 dominated by the pandemic.

They had originally planned to get married in July in front of 180 guests with another 75 joining in for the party afterwards. It quickly became clear that plan couldn’t go ahead but at first the pair decided to change the date of their wedding rather than its size, moving it back until August 2021.

Later in the summer however, they travelled down to Cornwall to attend a university friend’s wedding where Alistair was best man. At that stage weddings in England were allowed to have 30 guests and Vicki and Alasdair started to see that might be a better option than a long wait. 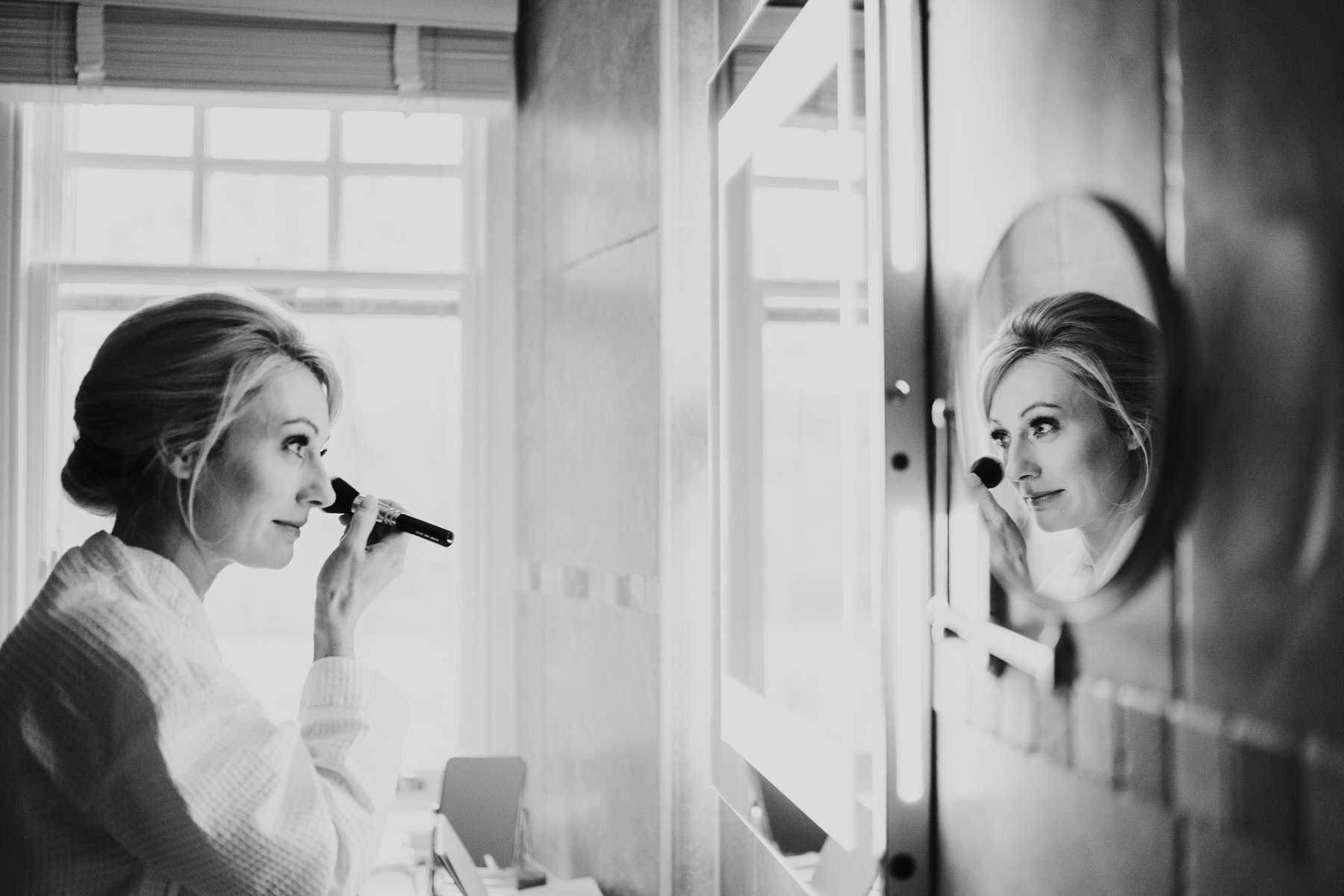 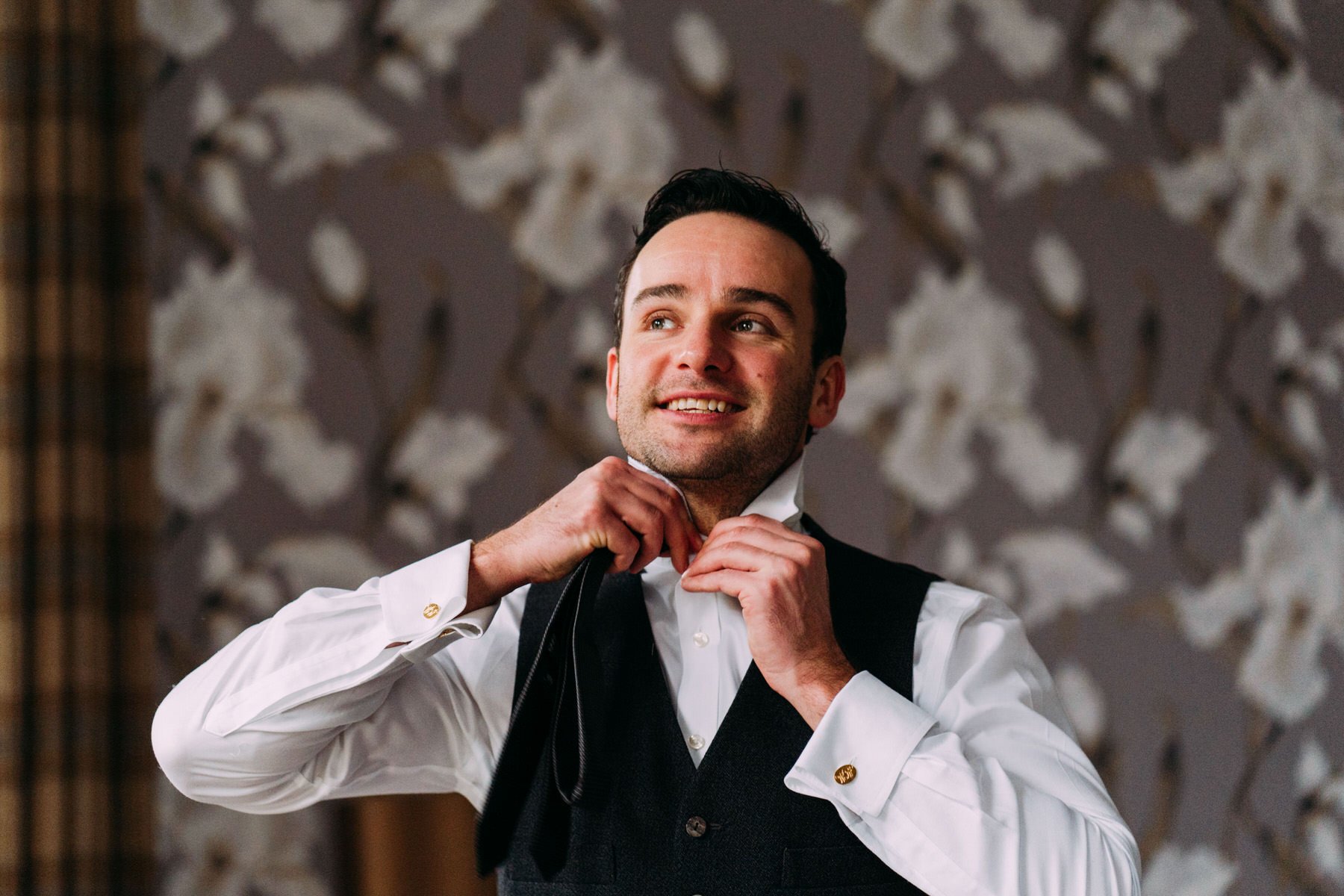 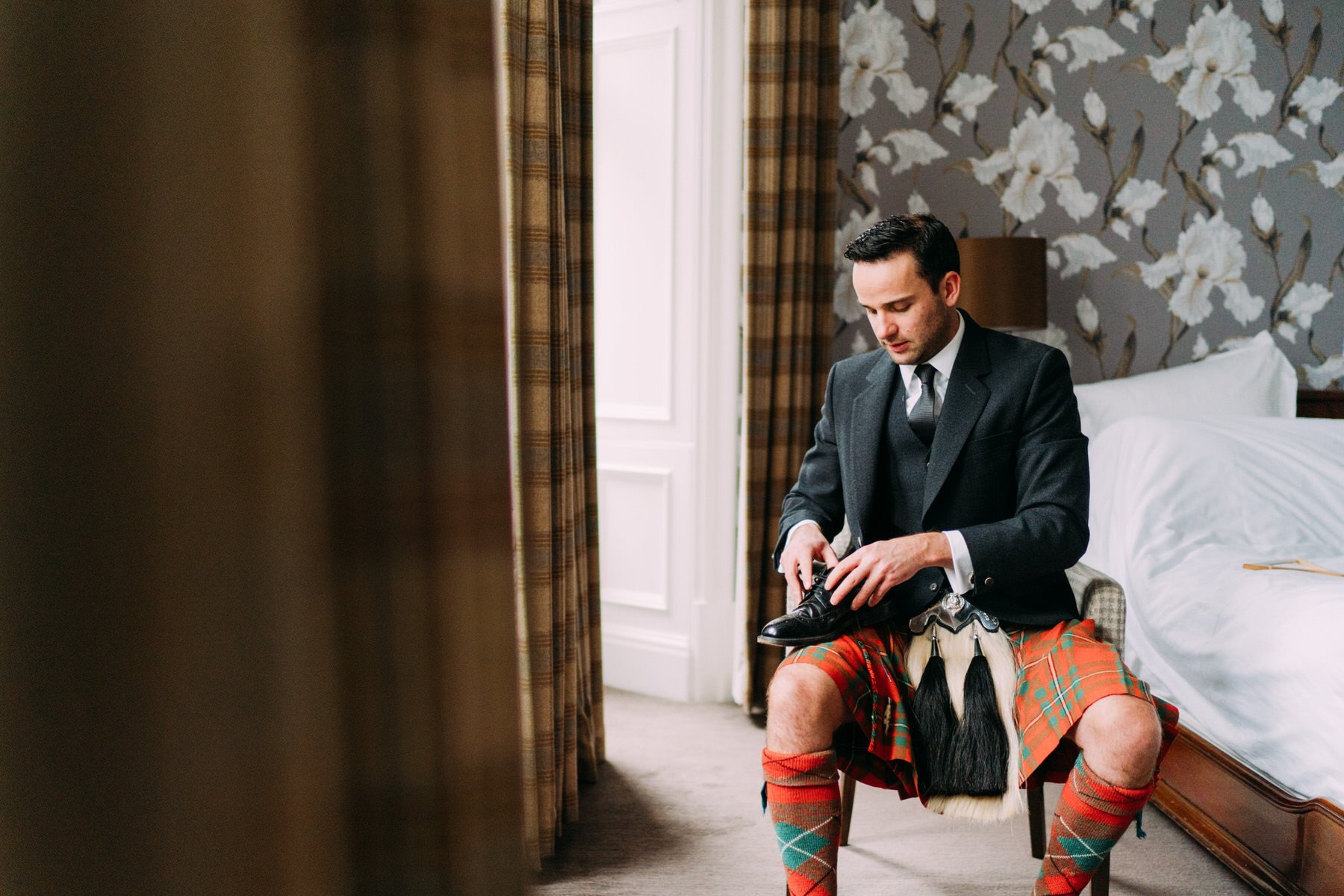 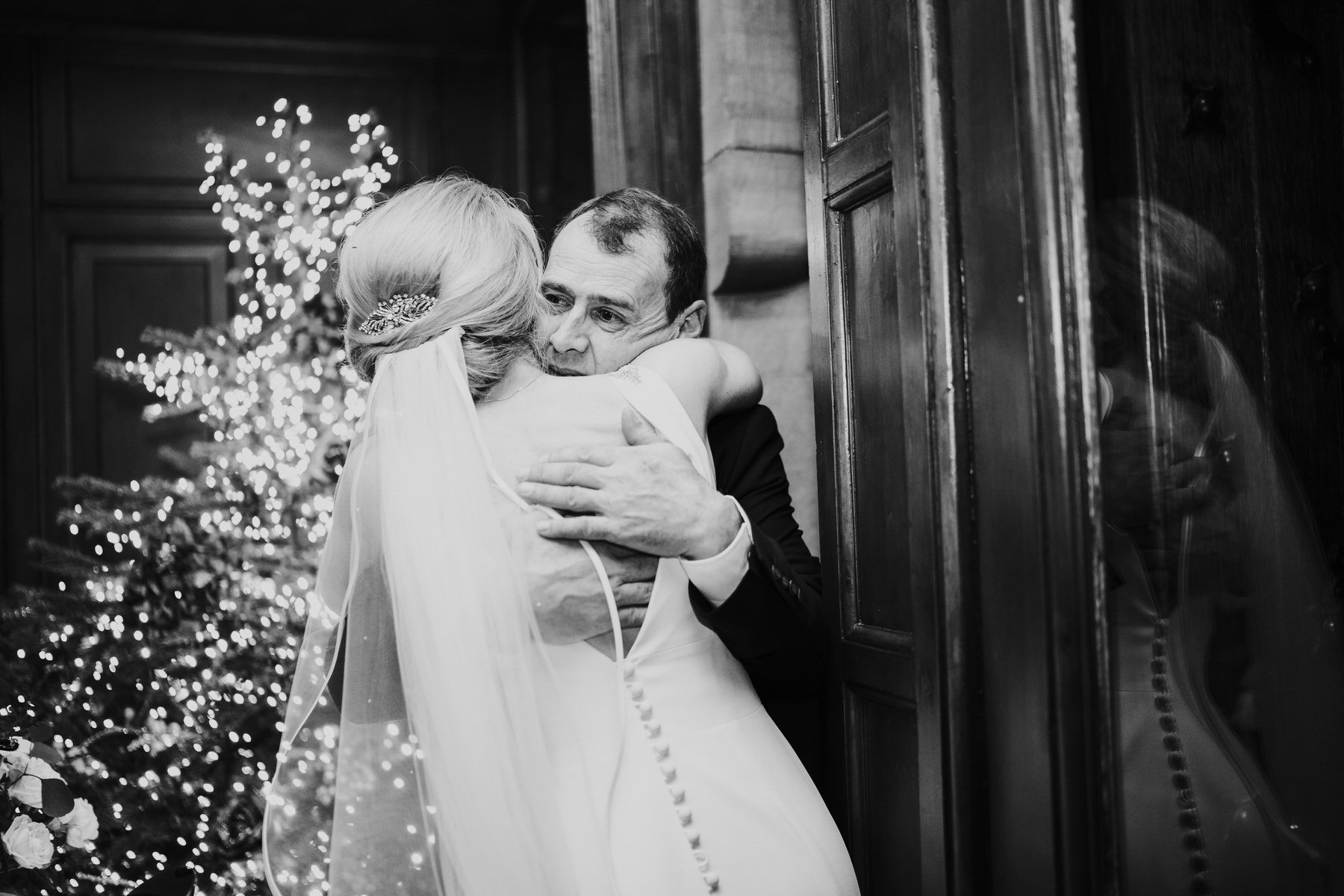 ‘We had the best time, it was such a good weekend,’ said Vicki. ‘That really got us thinking, maybe we don’t need to wait. Maybe we should bring our own wedding forward?

‘We still wanted to have a big ceilidh and party when we could, but the pandemic made us realise the importance of family and that to us the most important thing was to get married with as many of our close family there as possible – that became the priority.

‘At that point it kind of felt that the end was never in sight for COVID, we weren’t sure if our big wedding would be allowed even if we did wait for August 2021.

‘There was a brief window of opportunity where in Scotland you could have 20 guests and we thought yes ok we’re just going to go for it.’ 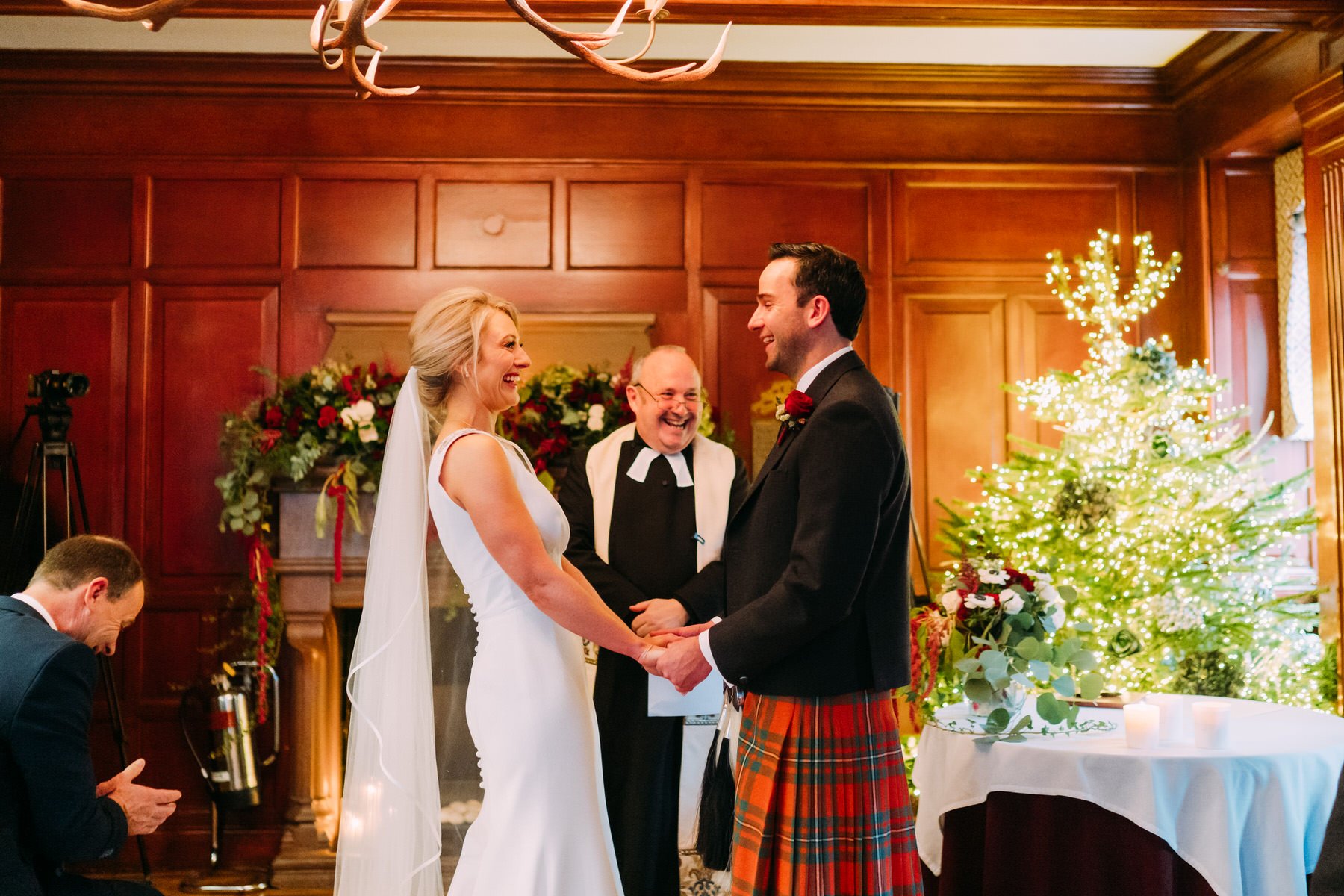 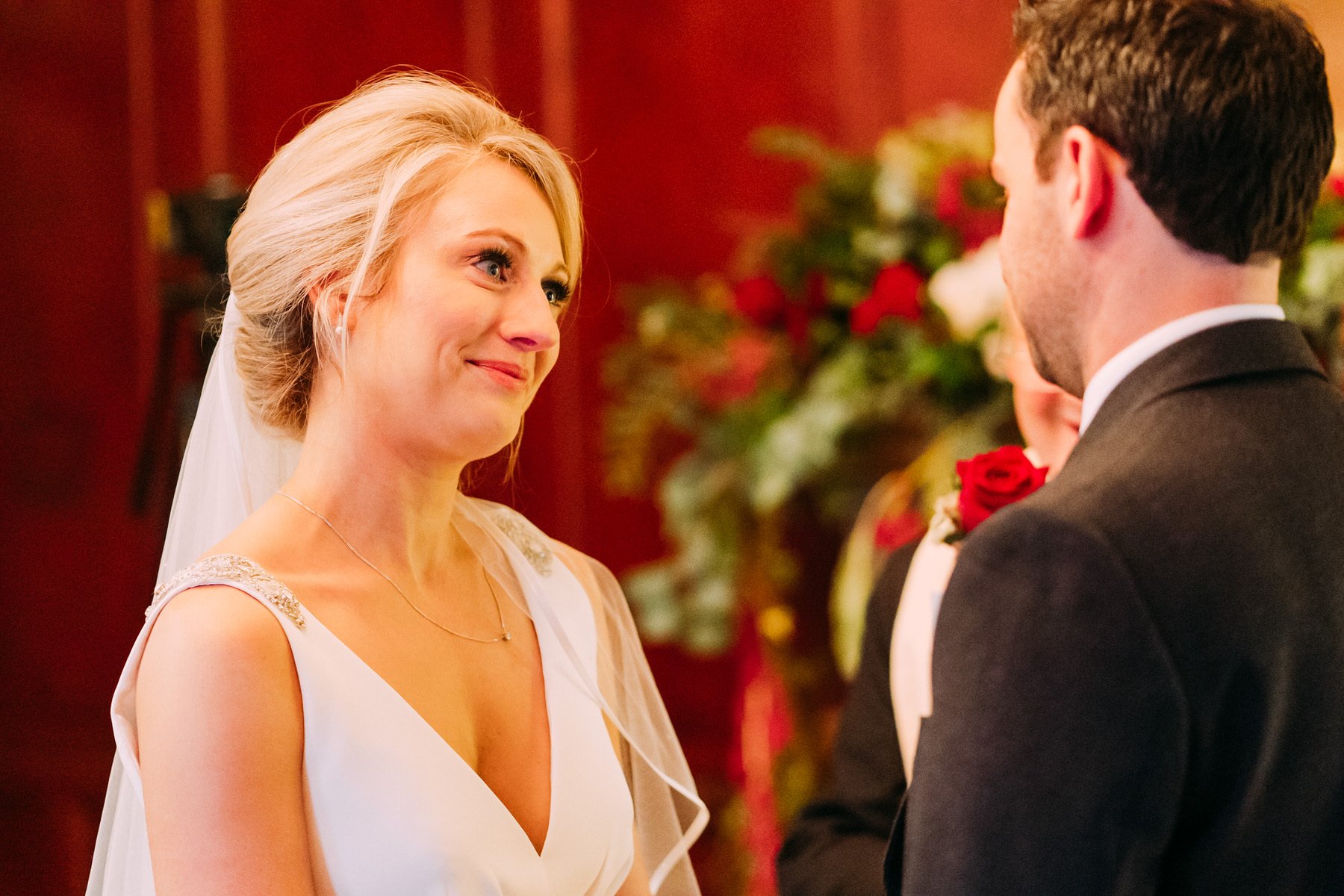 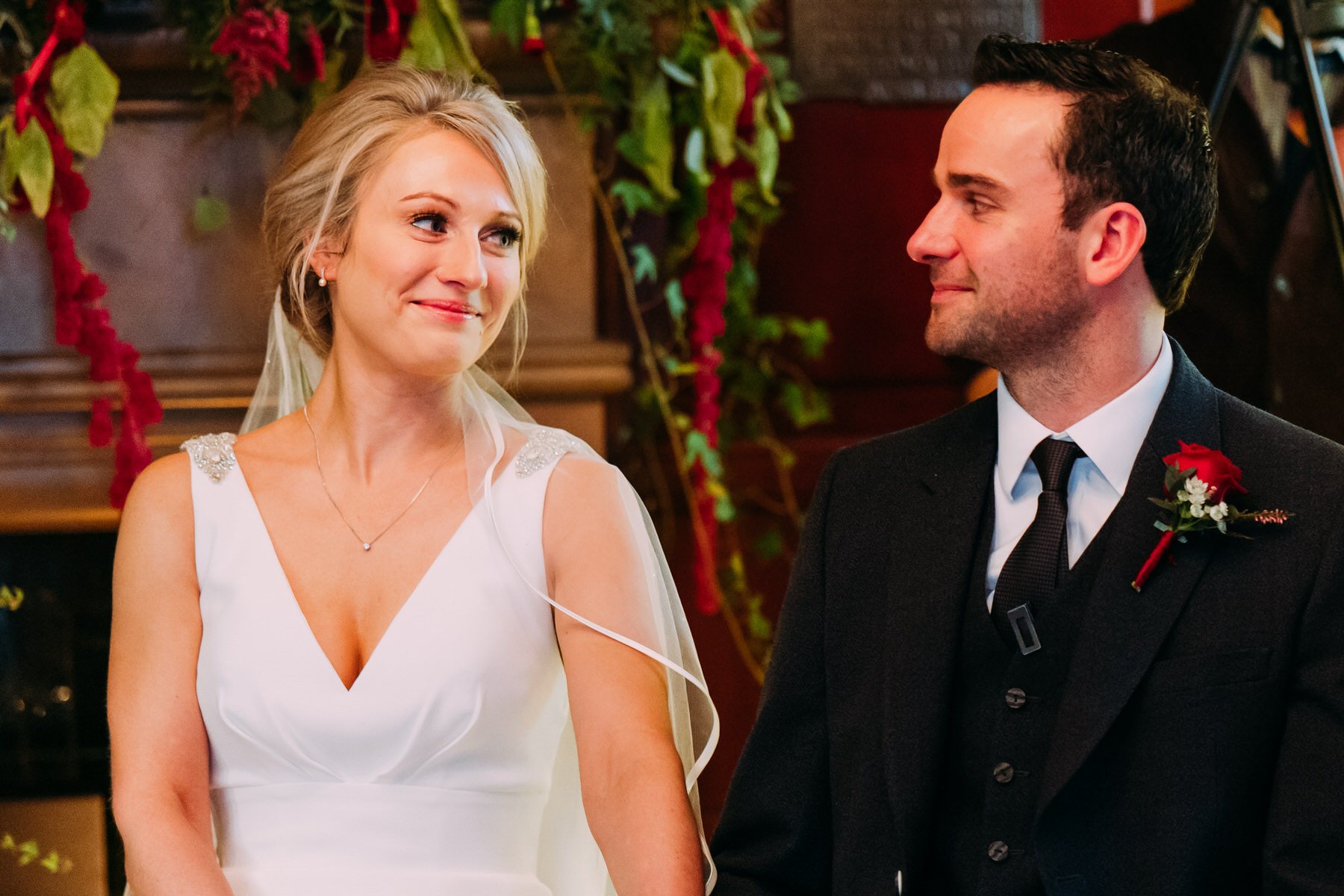 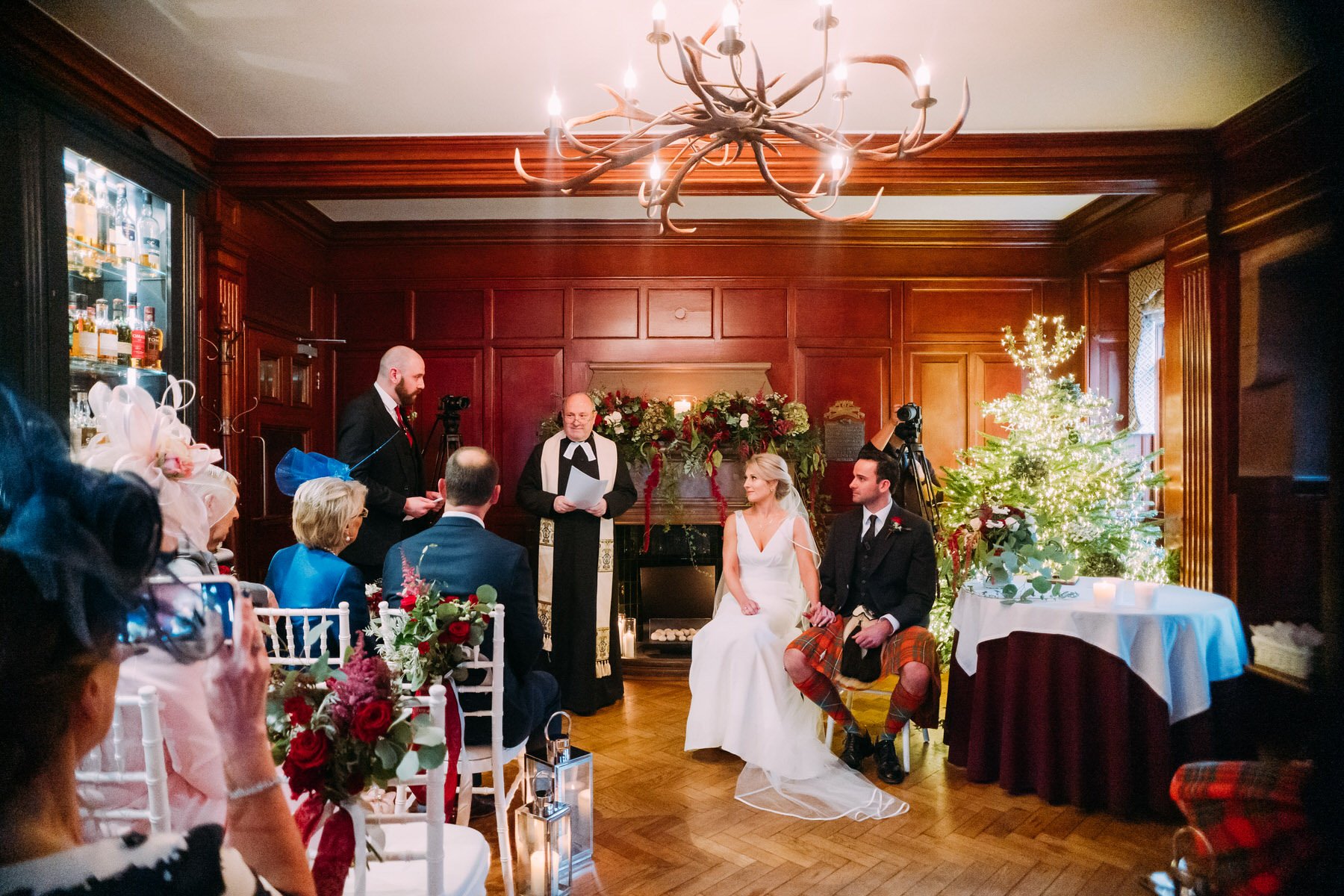 With a new date came the need for a new venue and the couple settled on the stunning Fonab Castle Hotel near Pitlochry. They honed down their guest list by choosing to invite only close members of family.

For Vicki that meant the daunting task of uninviting her four bridesmaids but found they were completely supportive of the plan.

‘They were so fantastically supportive,’ she said. ‘They all agreed it was absolutely the right thing to do – and we’ll still plan to have a girly weekend hen do together once Covid is over.’

And yet the real rollercoaster was only just getting started, in the run up to their December 11th wedding the Tier system kept everything in a constant state of flux. Music at weddings was prohibited in order to prevent guests from raising their voices and at one point it even looked like a ban on hotels serving alcohol would mean they might have to toast their nuptials with sparkling water! 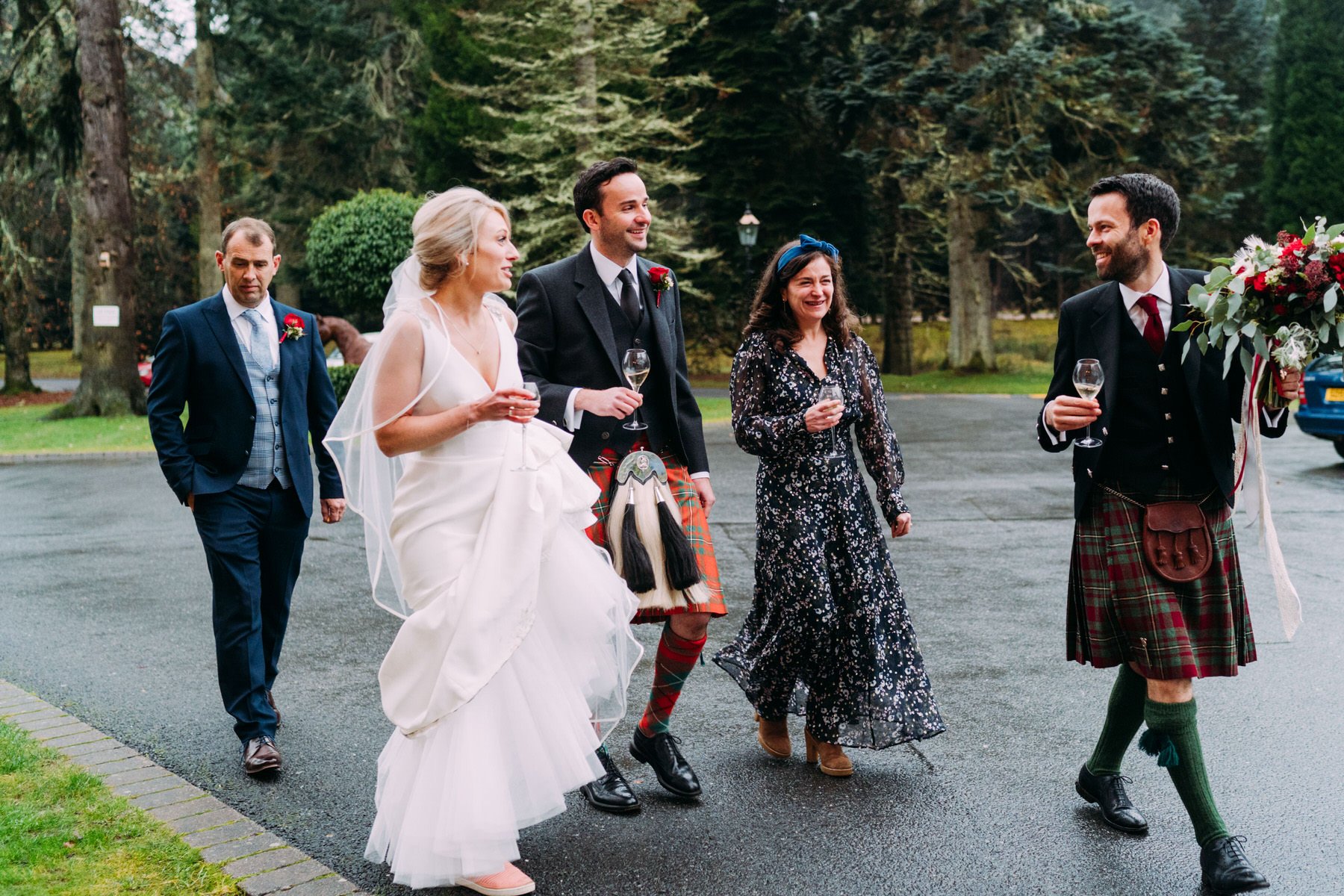 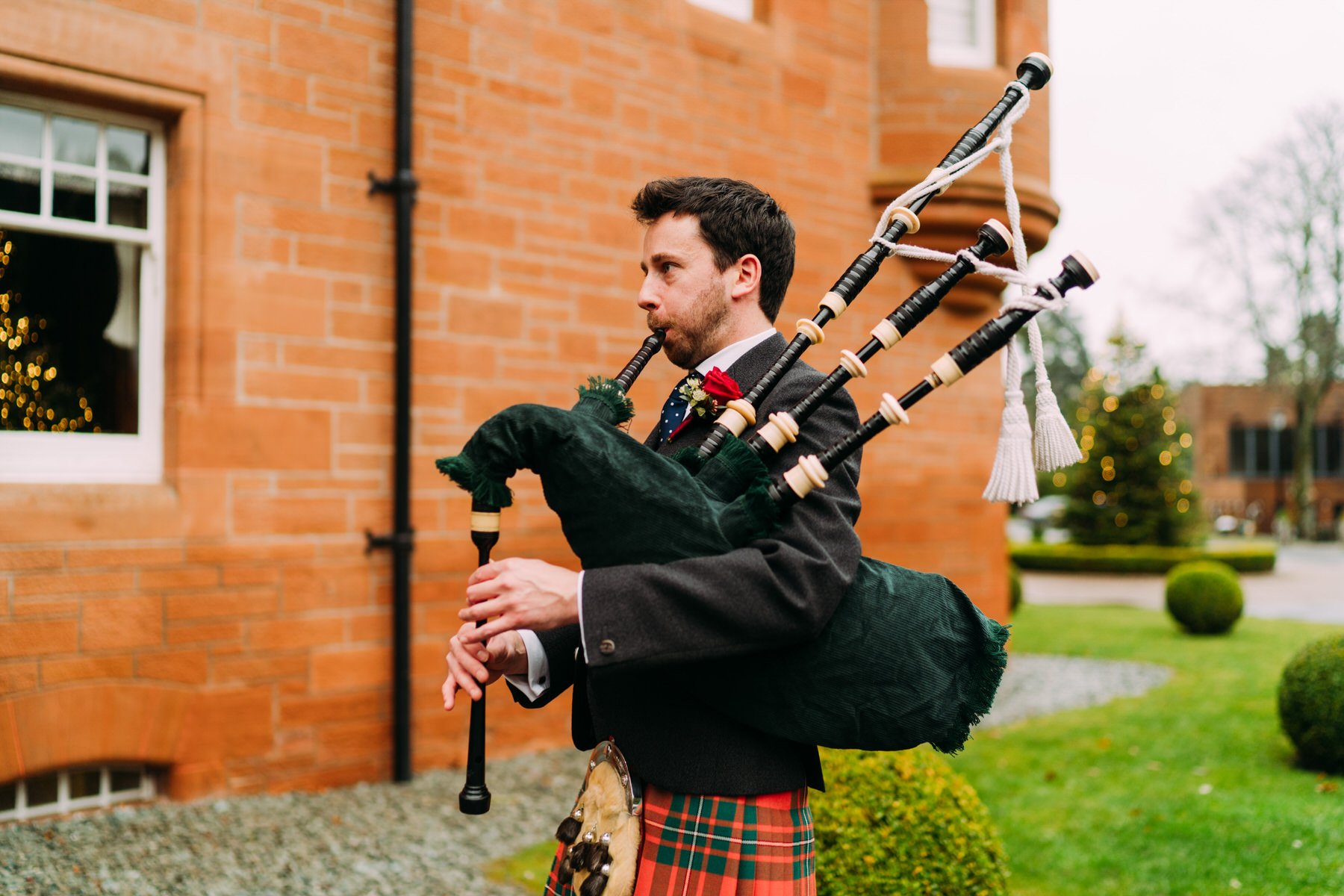 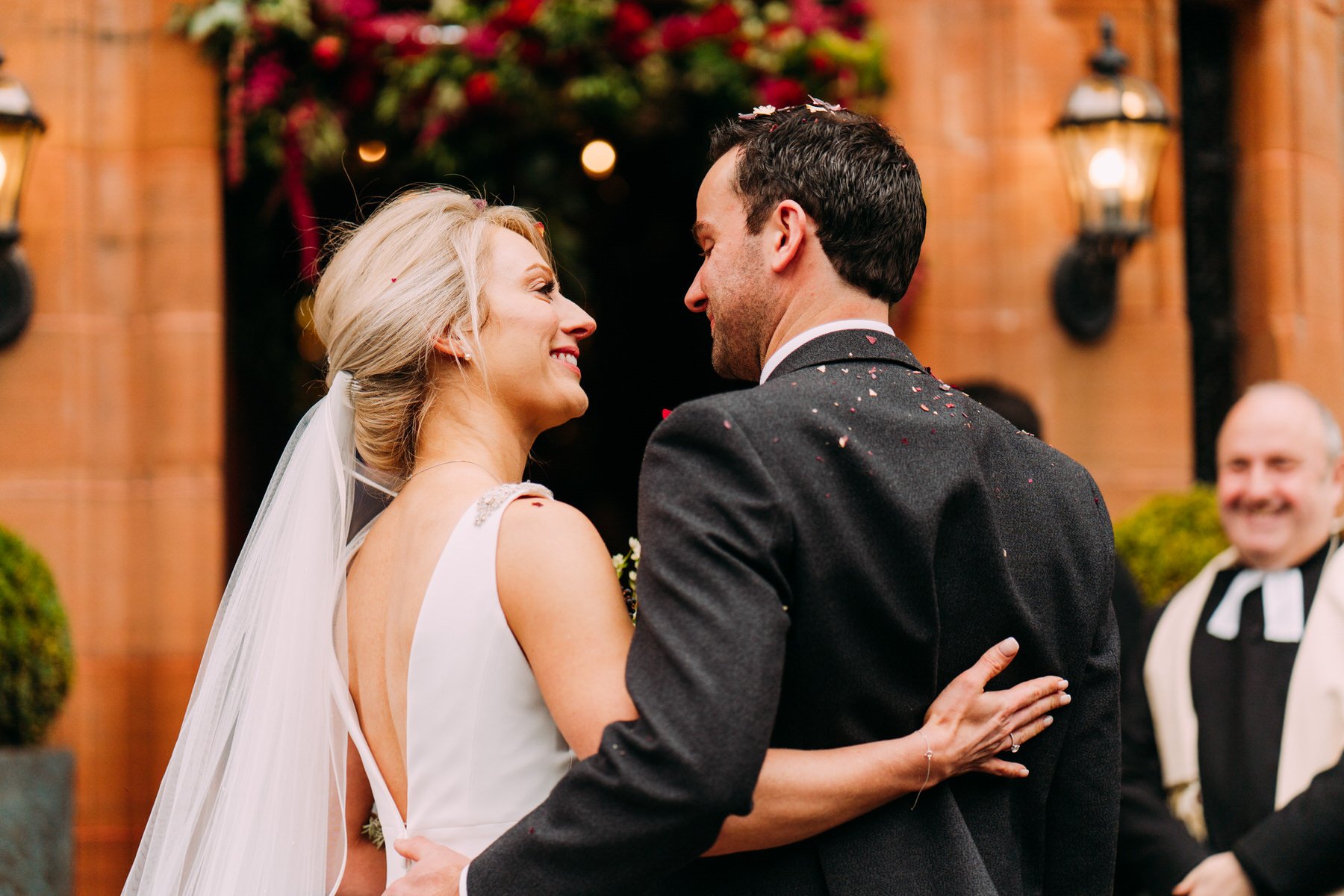 Then, with less than a week to go the First Minister announced she was to review Tier ratings across the country, a development which had the potential to cancel the event entirely.

‘If Perth had gone into Tier 4 on the Tuesday we wouldn’t have been able to get married on the Friday. I wasn’t working that day so I just sat at home watching the government press conference waiting to see what would happen and thinking “Come on Nicola!”’

Much to their relief Perth remained in Tier 3 and plans for the their third wedding remained unchanged, except for the loss of Vicki’s makeup artist which caused her a small momentary panic.

‘To be honest that was the most worrying thing for me, because I’m not really a make-up person. Knowing that I was going to have to put on false eyelashes by myself was the worst thing! I did so much practicing!’ 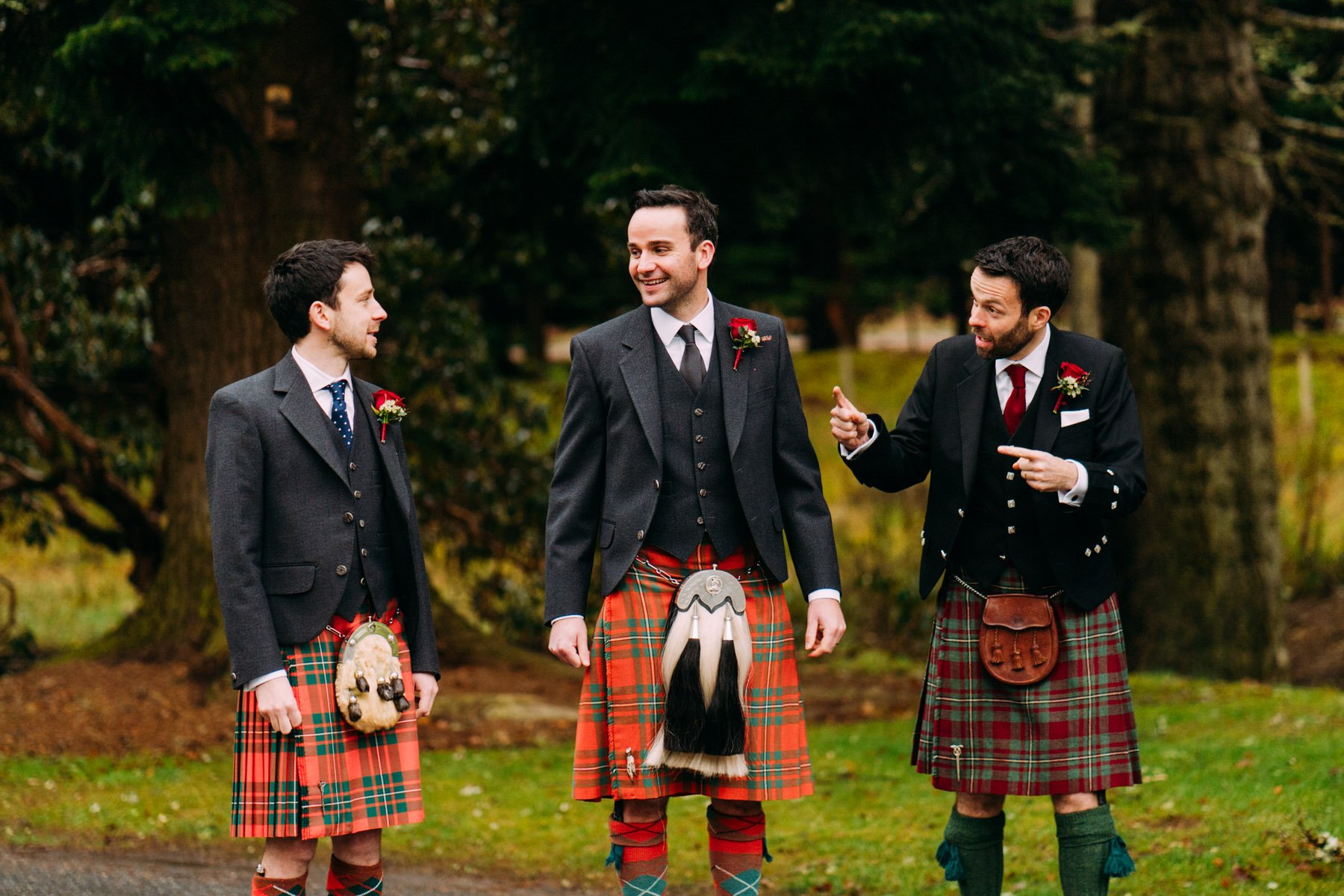 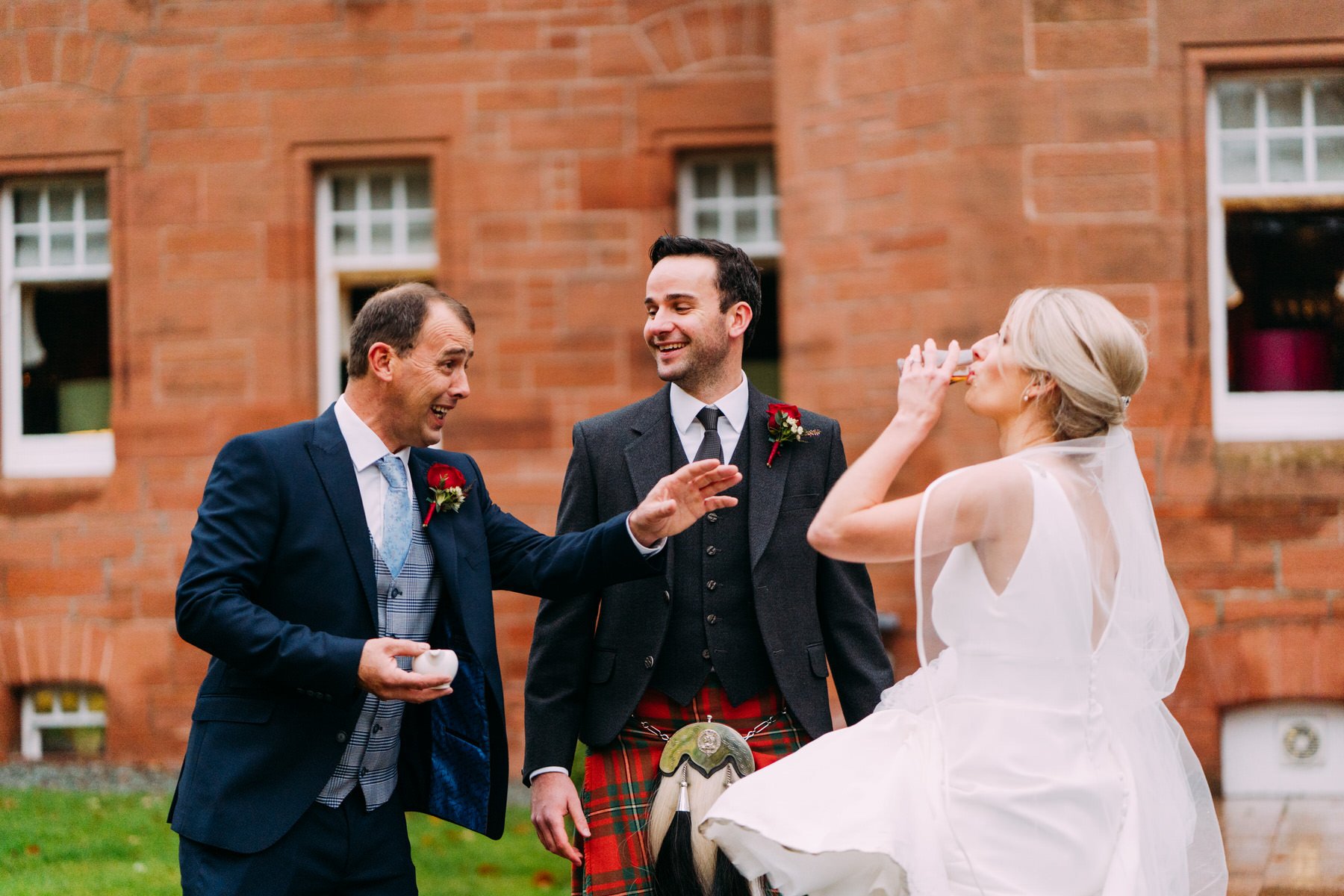 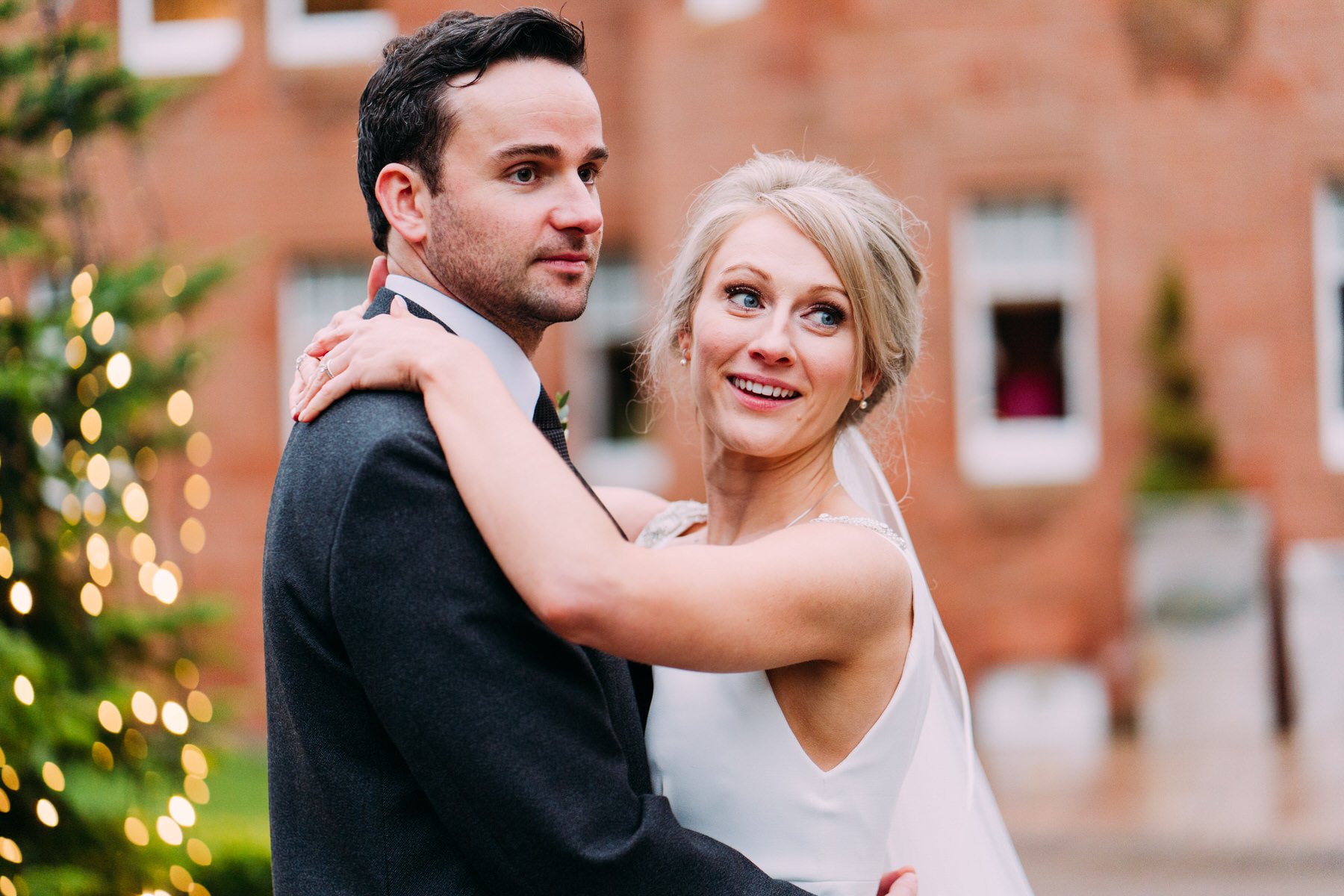 As GPs Vicki and Alasdair had seen first hand the effects of Covid-19 and decided to isolate themselves in the two weeks leading up to the wedding – and encouraged their guests to do the same – to minimise the risk of spreading the virus.

They kept the whole situation a secret from everyone except their closest family and found that not only relieved the stress, but also proved to be part of the fun.

‘We were a bit naughty in that we didn’t really tell anyone apart from the people who were invited to the wedding. We didn’t tell any of our friends and colleagues.

‘After the first wedding couldn’t happen a lot of people would come up to me and say they were sorry we didn’t get married. And actually, we weren’t sorry, we didn’t want people to feel sorry for us. It’s not the end of the world. 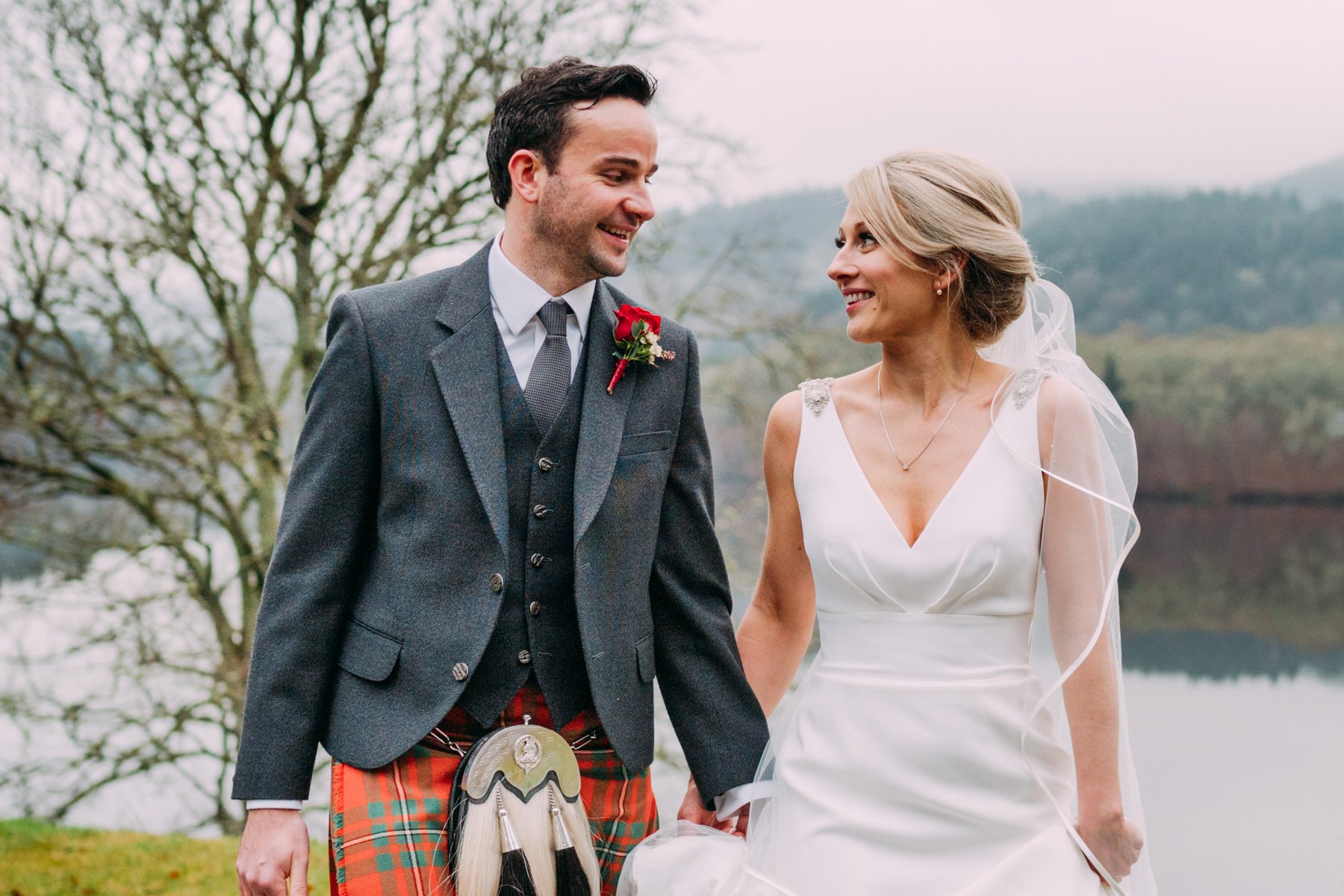 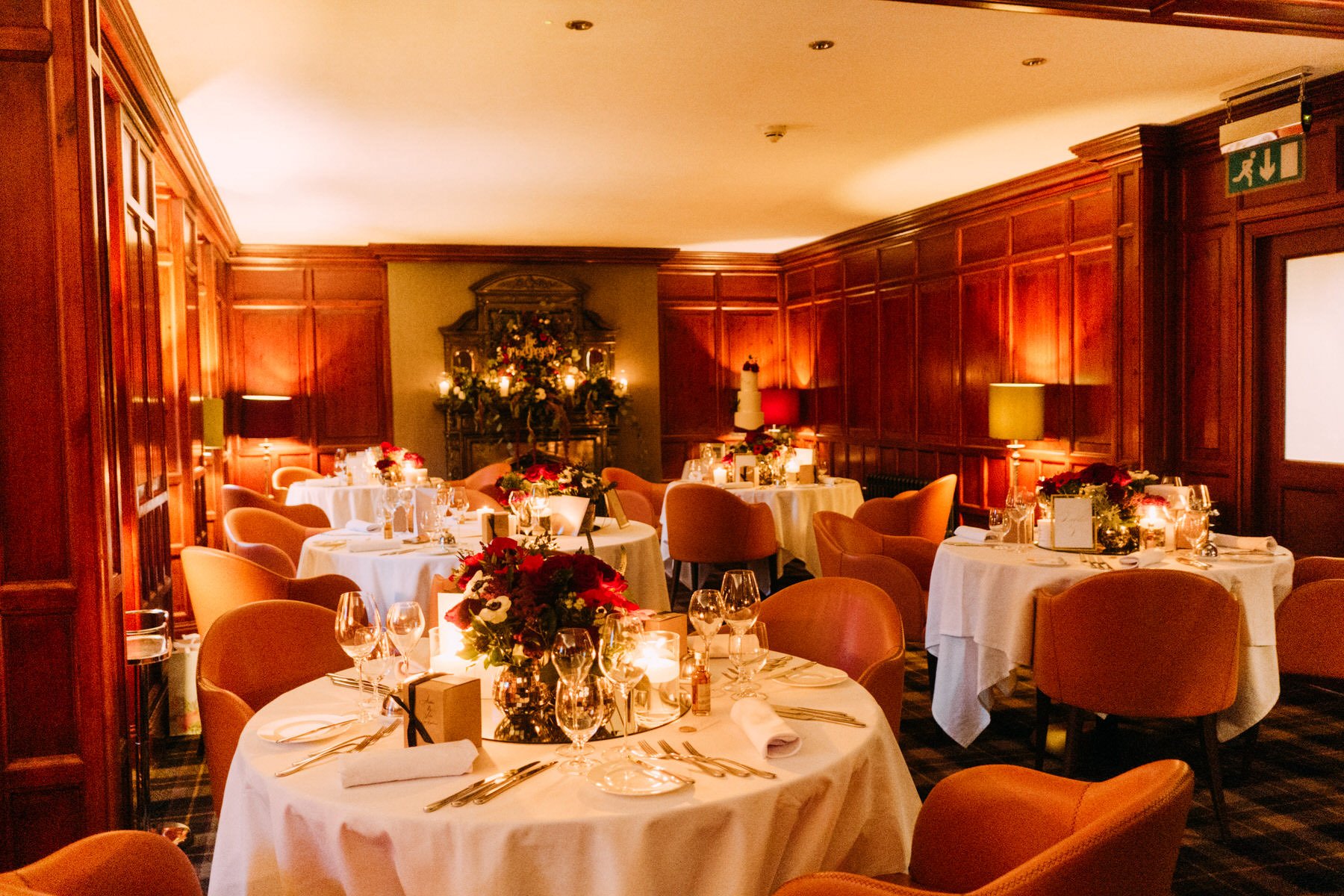 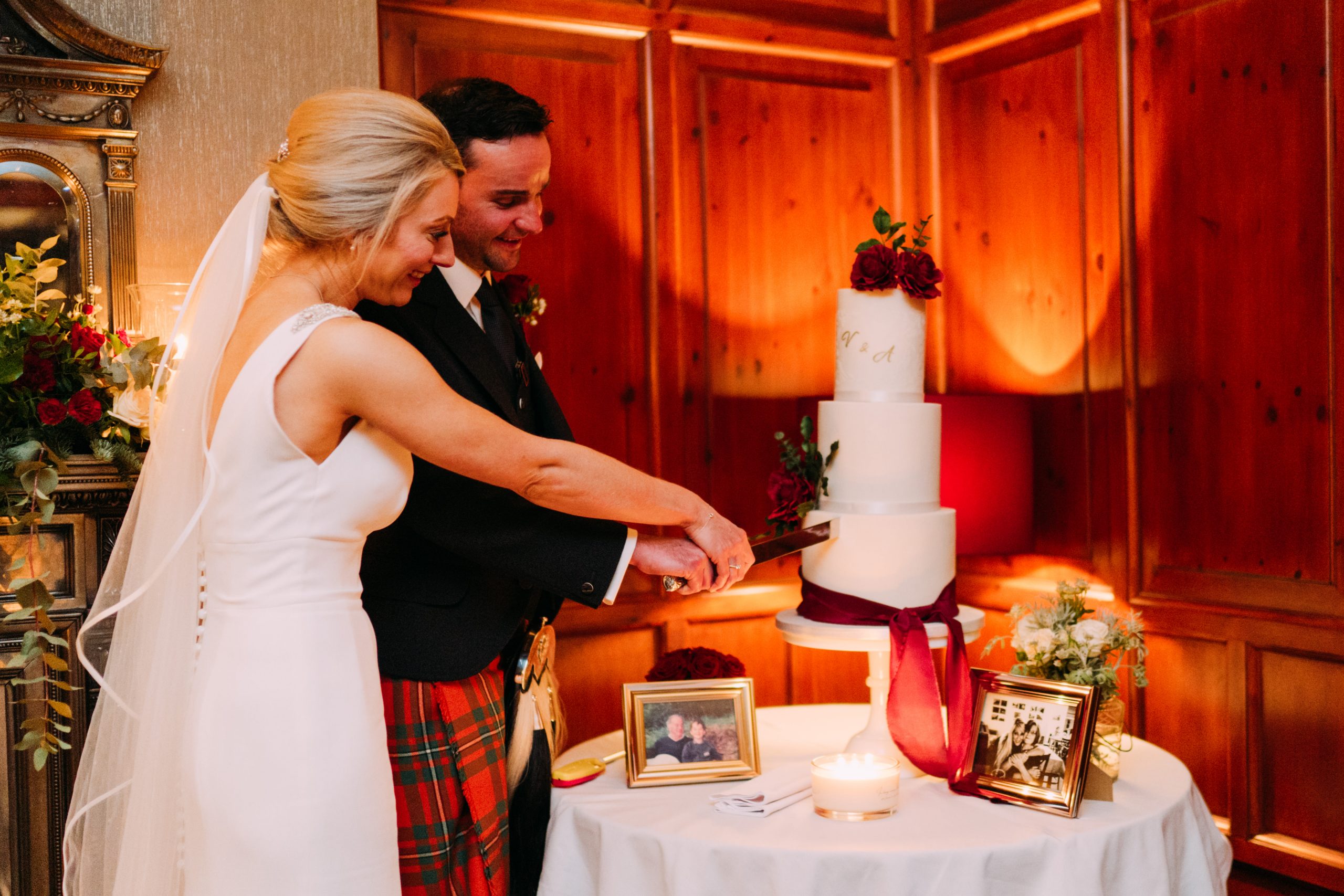 ‘So we thought we would just go ahead and do it – and then if we didn’t manage to get married no-one would be any the wiser.

‘People just assumed we’d gone off work early for Christmas and there’s something quite nice about knowing between yourselves and only sharing it between your closest family, having that intimacy.’

And that sense of close-knit togetherness and fun proved to be the theme – and one of the greatest benefits – of their micro wedding.

‘If we had had a big wedding our families probably wouldn’t have mingled so much – because they would all be reminiscing with their own sides of the family. But at our wedding they got to know each other really well and that was so lovely – and I really think everyone enjoyed it more.’ 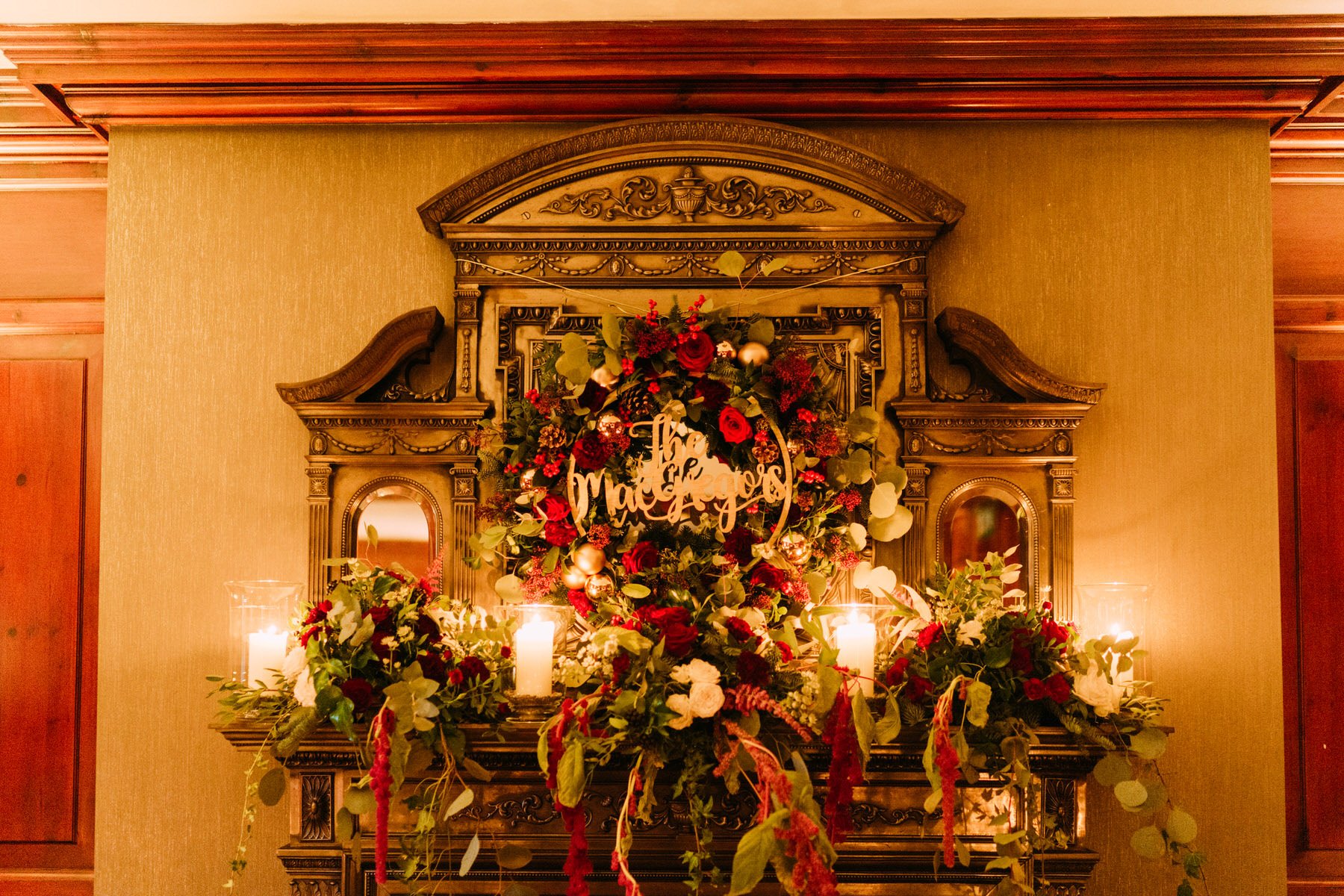 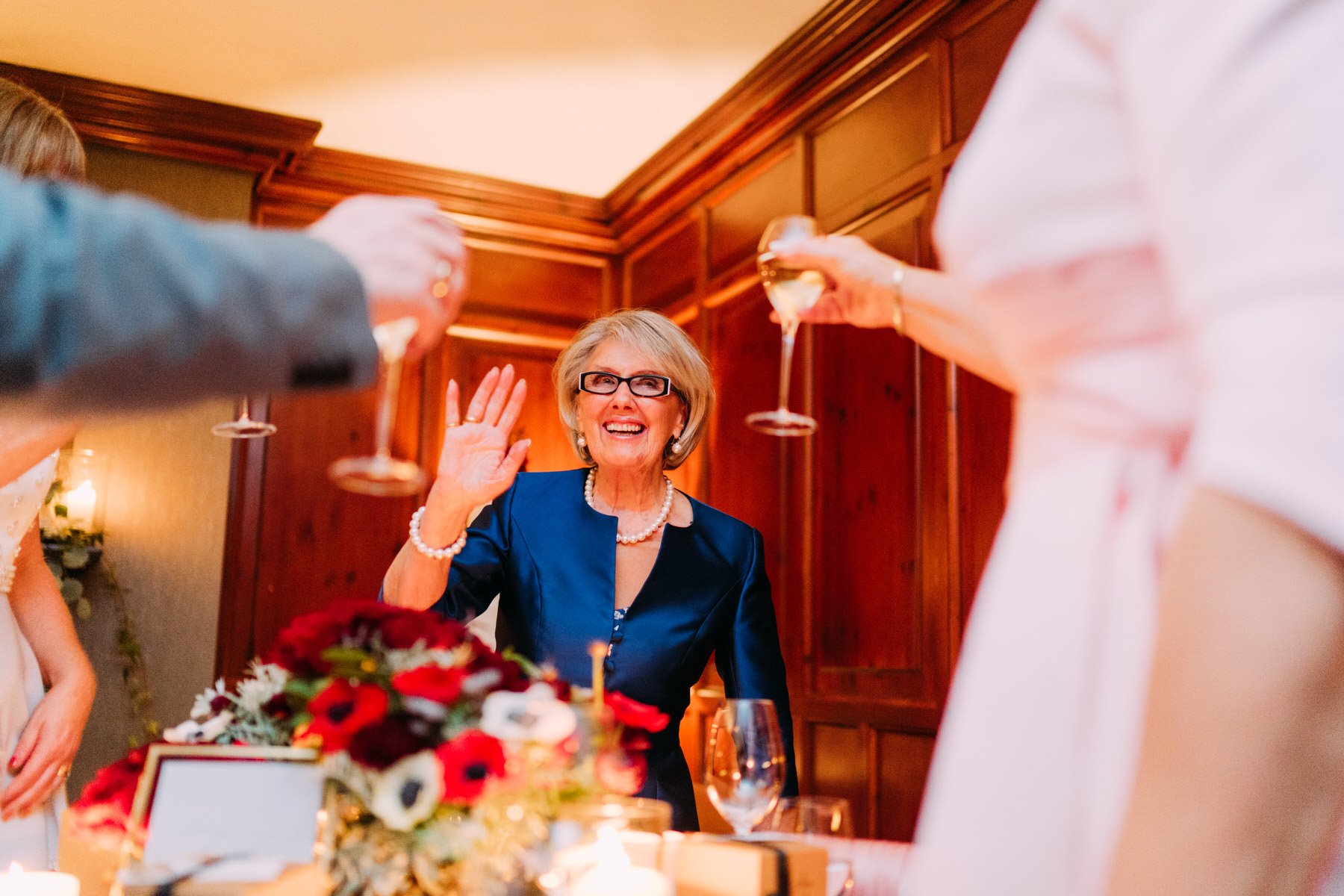 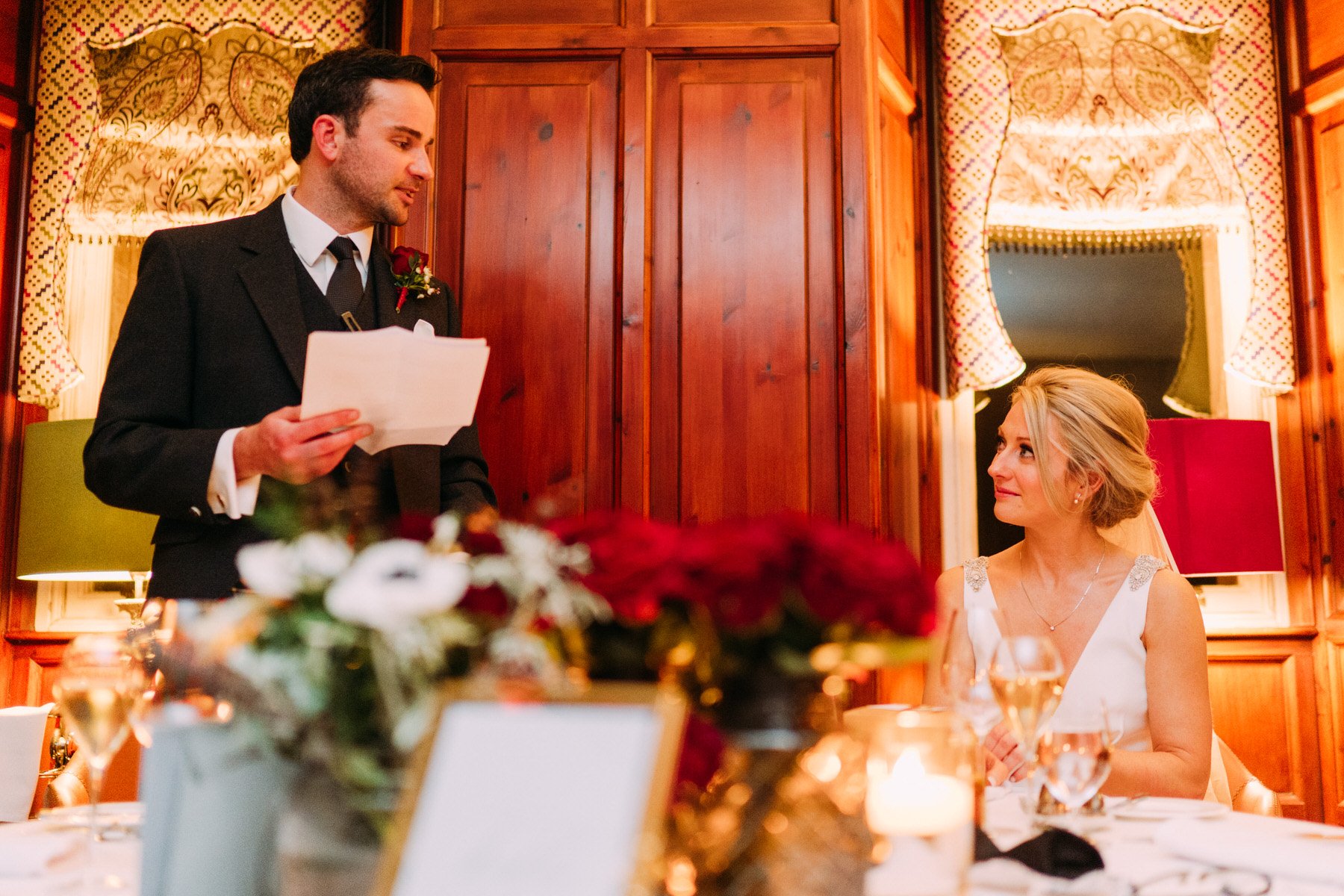 Vicki and Alasdair were determined that their smaller wedding wouldn’t be any less special than the big day they had originally planned. They managed to preserve the important elements they wanted and, despite all churches being closed under Covid restrictions, were married by Alasdair’s childhood minister who came down to hold the service in the hotel for them.

And despite having to cut their live music plans to limit numbers they were still piped out of the ceremony by Alasdair’s brother, doing double duty up as both Best Man and musical accompaniment.

‘The perception of weddings before the pandemic was often, the bigger the better. Having a smaller wedding was no less significant for us, we actually felt that our intimate wedding day, spent with our loved ones was even more special and memorable. On reflection, bringing forward our wedding was the right decision – it was perfect. I’m a great believer in what’s meant for you won’t go by you, and that’s exactly what happened, even if it took us a bit of time to realise it.

‘We absolutely love the photos, Eilidh captured the day and all the emotions perfectly. She was so warm and lovely, easy to talk to and unobtrusive. Both our families commented on how professional she was making everyone feel at ease and we couldn’t be more delighted with the photographs. I really love that there are so many natural photos of our family, you can just see on their faces that it was a really happy day.’ 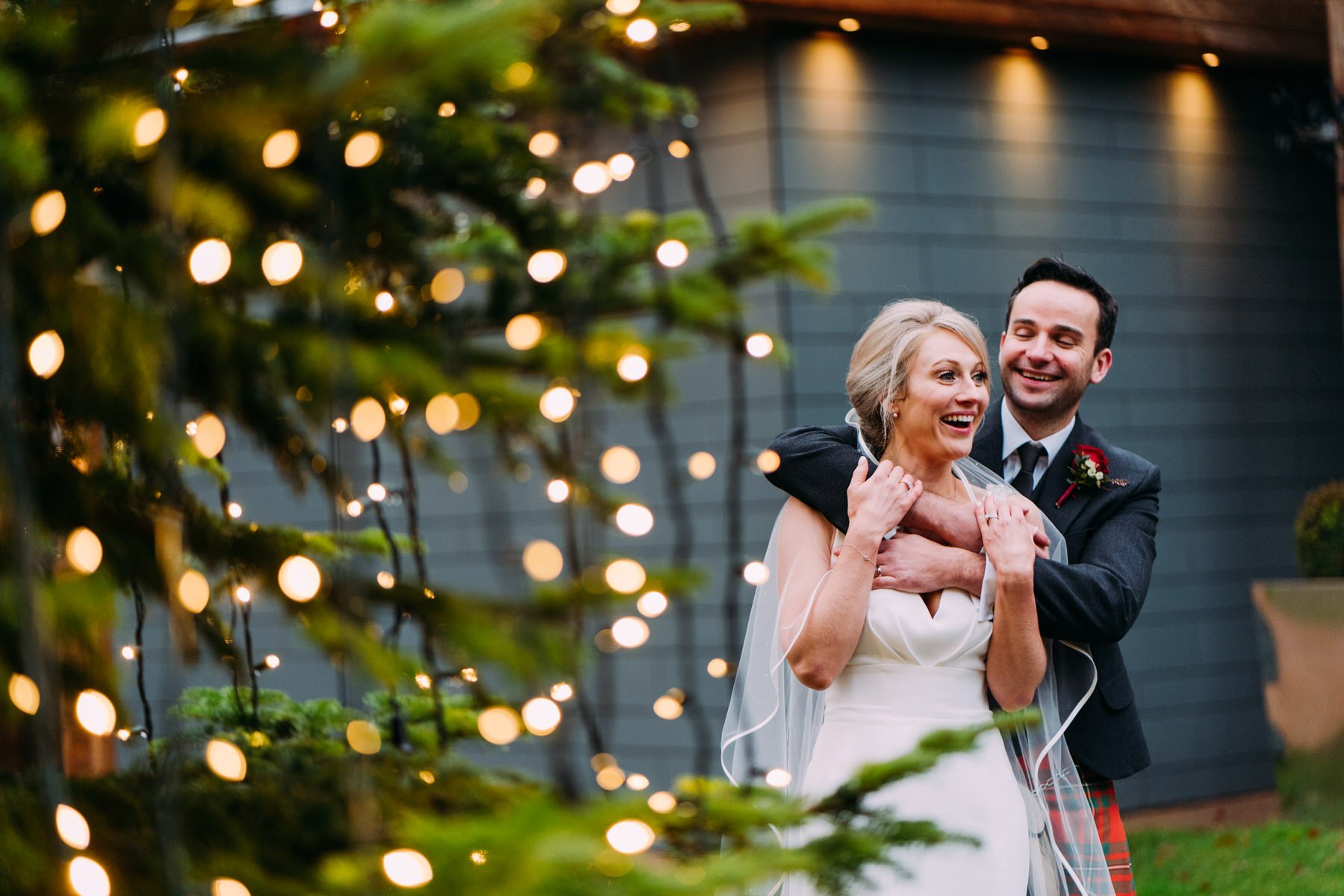 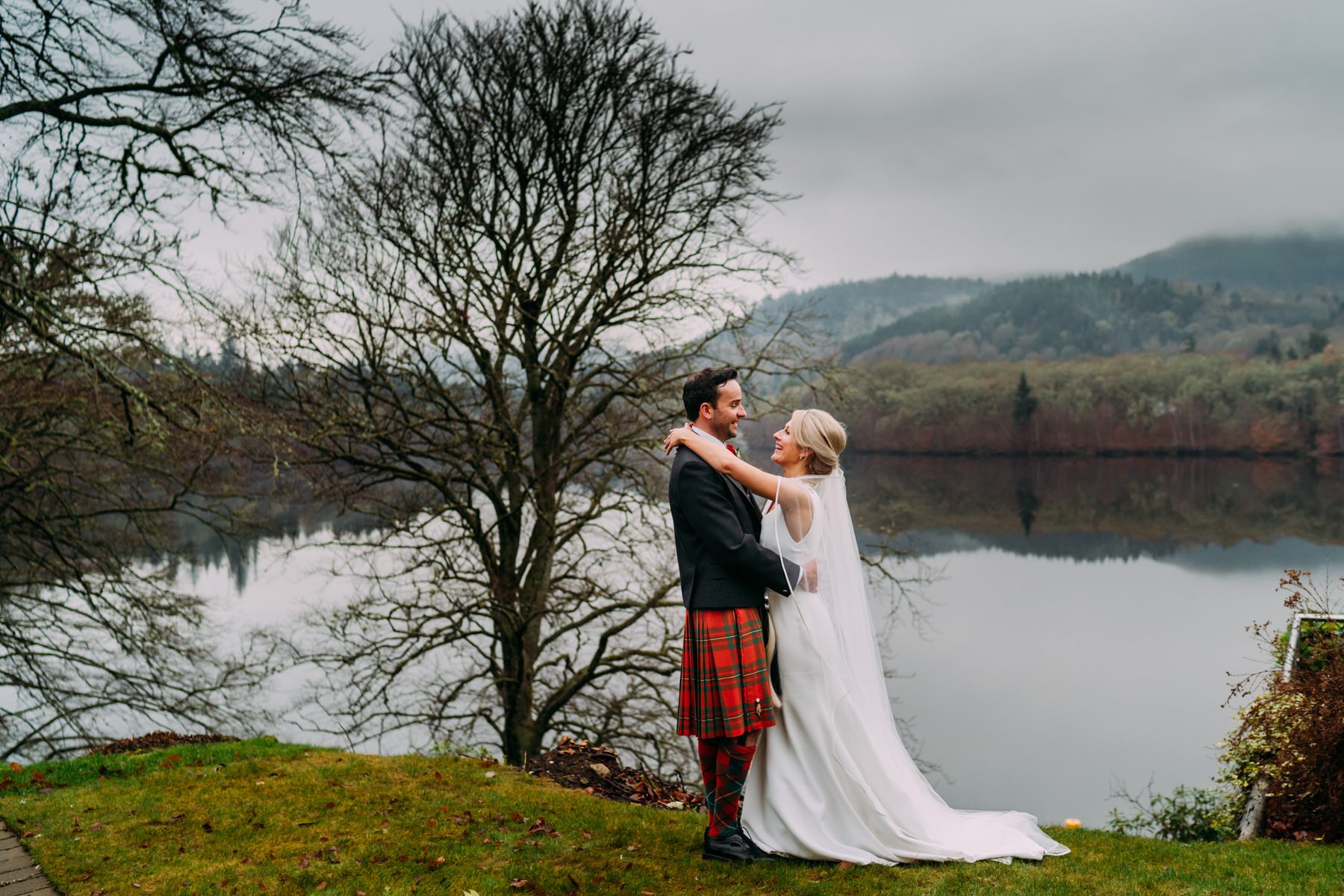 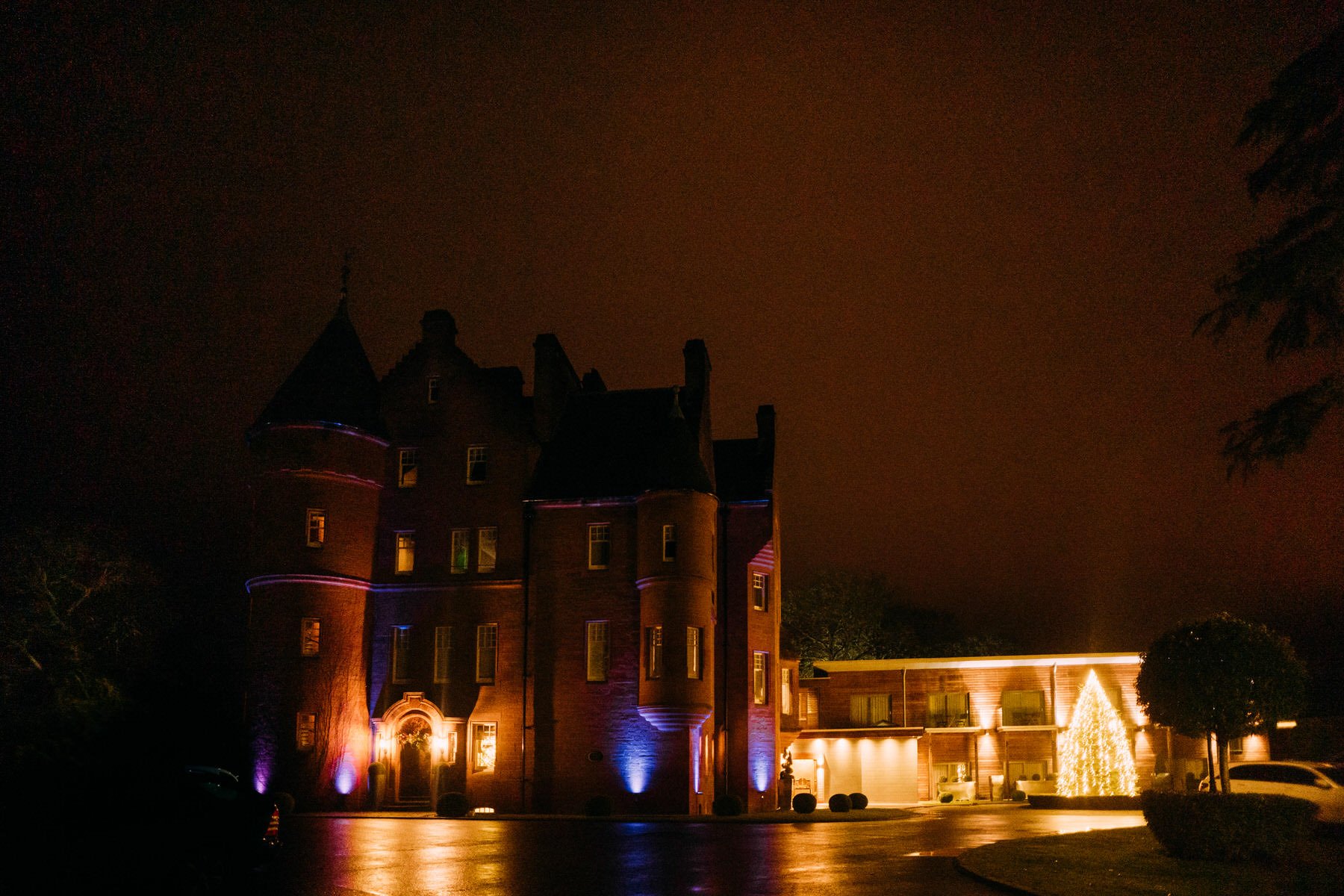 Vicki and Alasdair’s top tips for a micro wedding: