‘We planned our wedding in two weeks and actually, it was spot on’ –  Holly and Marco on not sweating the small stuff

With a wedding planned for the weekend after lockdown began in March 2020, Holly and Marco De Jesus found themselves having to cancel everything almost overnight.

‘It was a huge shock,’ said Holly. ‘The week before it started to sound like things were really serious, but to be honest I think I was in denial. Nobody really knew what to do or what was going to happen.’

Initially Holly and Marco decided to stick with their original wedding plans, simply postponing them a few months until September 2020. 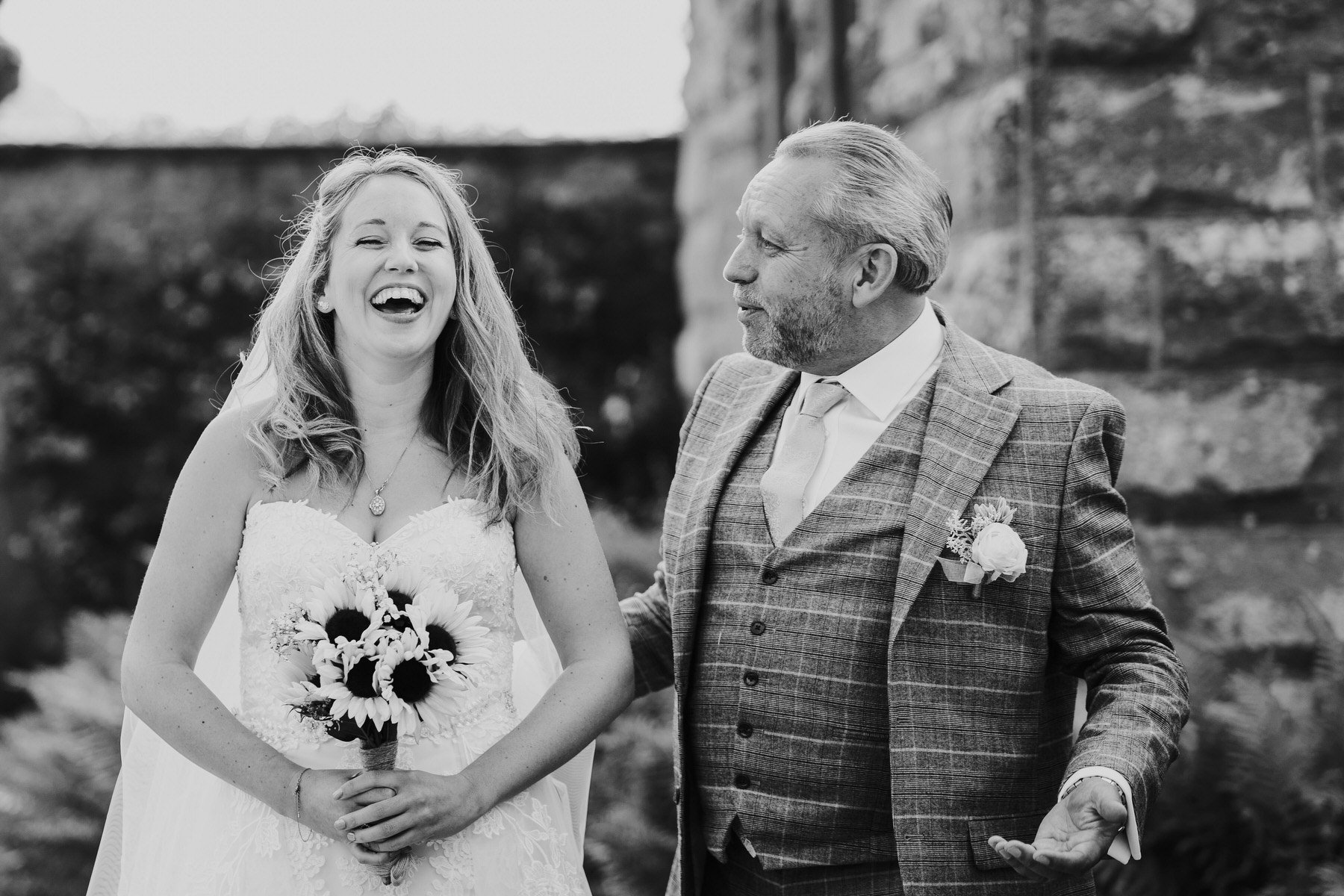 By August though it was clear that there would be no chance of having a big wedding anytime in the near future and couple was forced to think again.

They chose to push the date back one more time, to May 2021 keeping the same Edinburgh venue, still desperate to salvage the day that they had planned.

But within a couple of weeks they found that the pressure of the endless delays was becoming too much.

‘We got really fed up with all the waiting. We had been so focused on saving what we had planned that we had forgotten that it was actually all about a marriage. 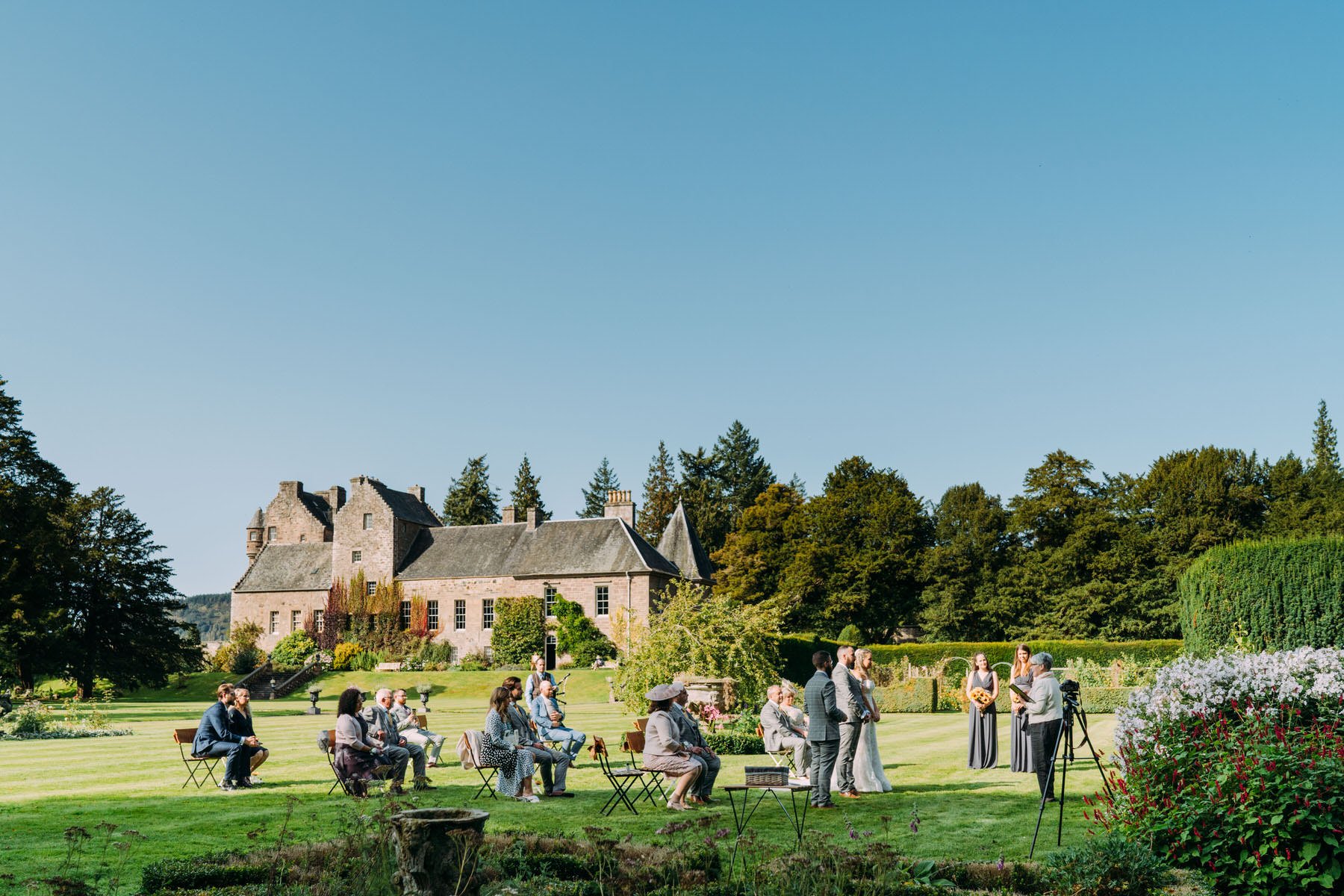 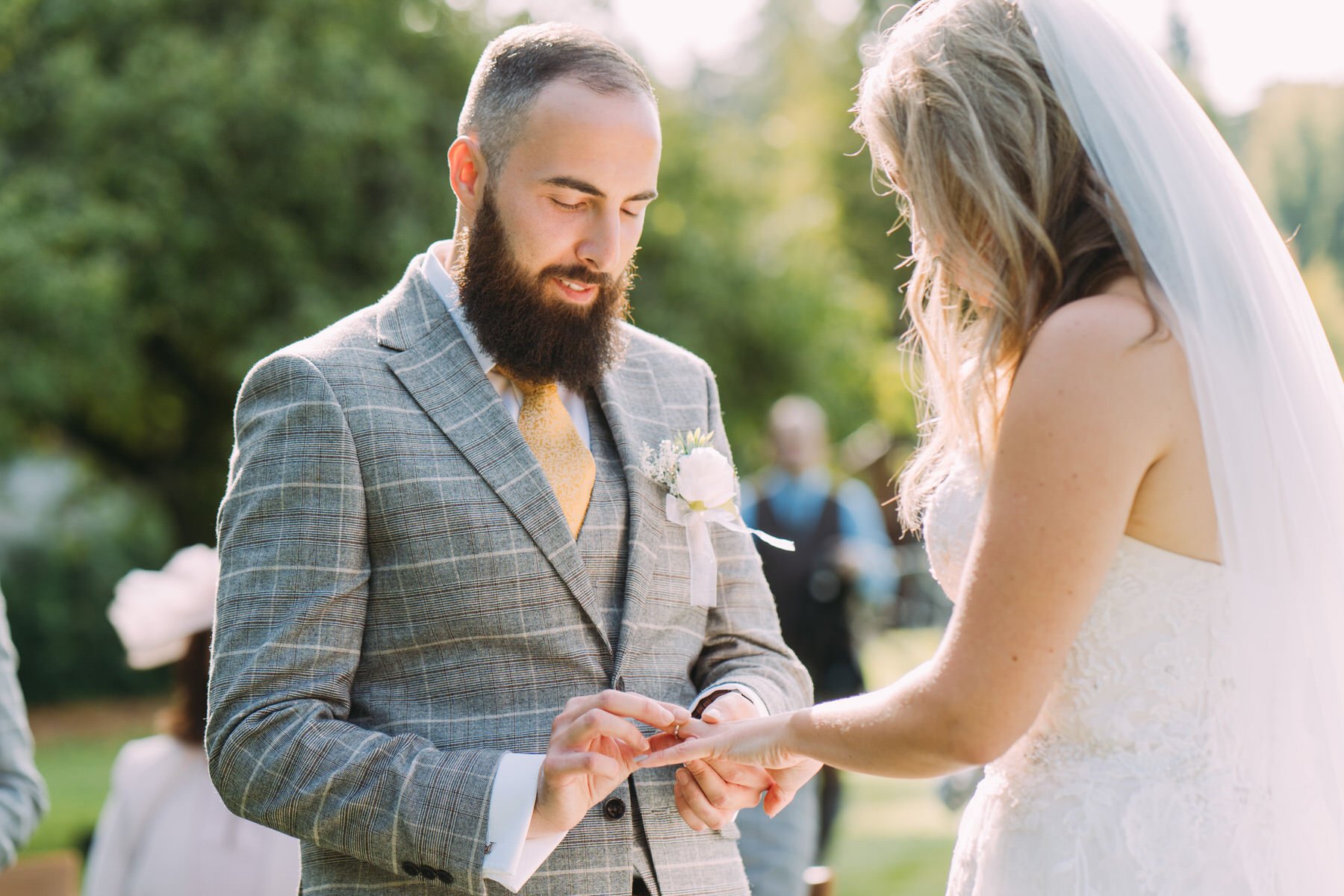 ‘You can always postpone a party, but we realised we didn’t have to wait to have a wedding. We thought, let’s just go for it.’

The couple decided to revert to their second wedding date – 19th September – which gave them just two weeks to assemble an entire micro wedding from scratch. They found their new venue, Murthly Castle in Perthshire, on Google and booked it immediately.

‘Thomas the owner was super helpful, we can’t thank him enough for being so flexible with us,’ Holly added.

An indoor wedding would require everyone to wear masks so Holly and Marco opted for a service outdoors and kept their fingers crossed for Scottish weather would cooperate.

With ten days to go the rules changed again, now weddings and receptions could only happen in licensed premises. It meant that the couple’s plans to follow the ceremony with an informal BBQ reception in Holly’s parents’ garden were off.

Despite the chaos Holly and Marco remained calm and took charge of the personal details of their wedding day, with Thomas’ help they organised an afternoon tea to be laid on for guests in the grounds of the castle which turned out to be a roaring success.

Marco designed Holly’s engagement ring himself and had it handcrafted in the shape of a sunflower so it had always been her intention for them to feature in the theme for the day. Now faced with assembling her own bouquets she realized that in this world of high speed wedding planning, the control was all hers.

And the flowers were not the only home-made touches, Marco’s mum made their wedding cake and as a final joke about their hectic year, guests were treated to wedding favours of confetti and personalised bottles of hand sanitiser. 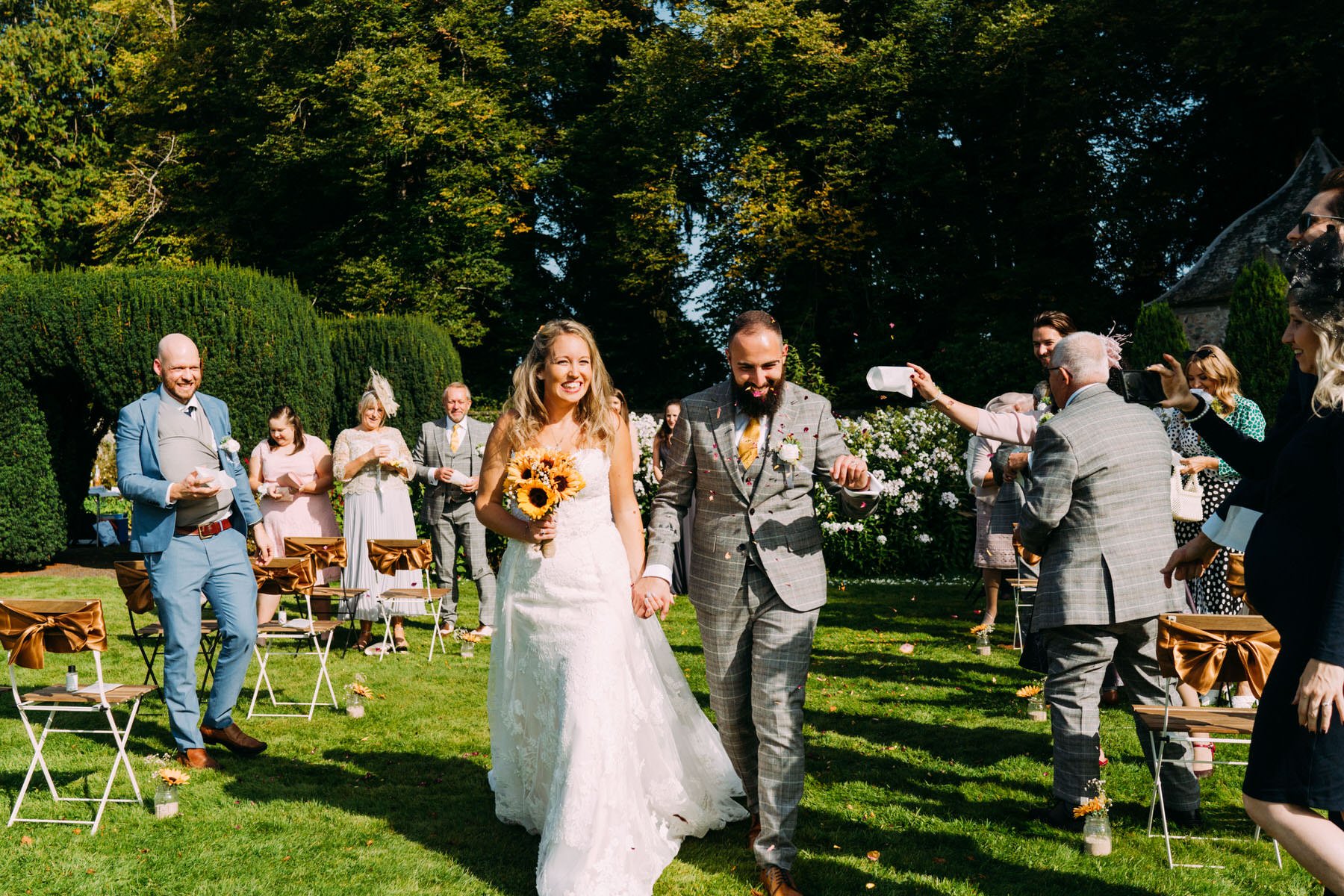 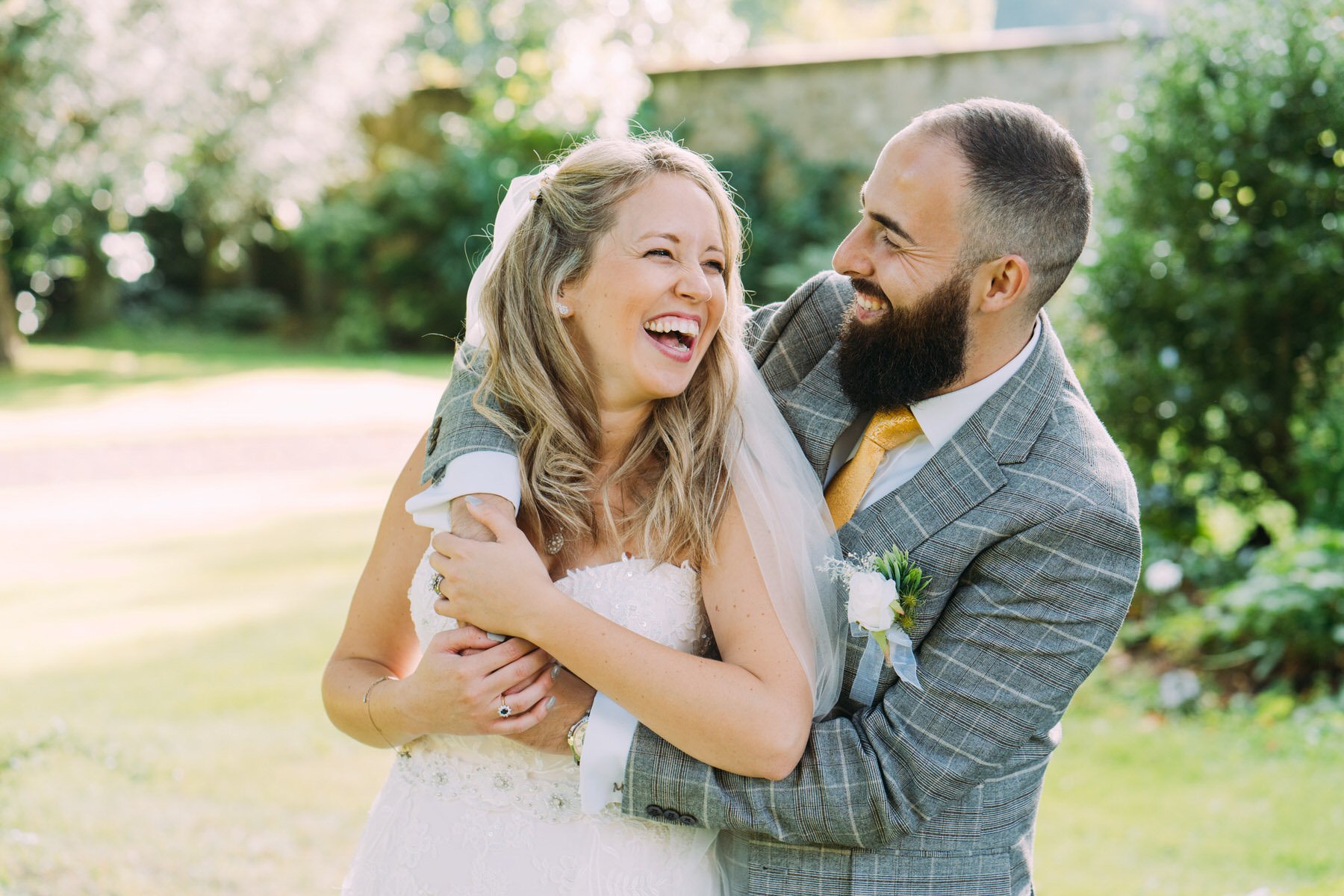 ‘Sometimes, all you can do is own it,’ said Holly. ‘We are a Covid wedding.’

On the big day itself their resilience was rewarded with glorious sunny weather. The ceremony took place on the lawn and Holly and Marco said their vows in front of 18 of their closest family and friends, with more following along online.

‘There were still people we felt were missing and I felt weird not being able to hug anyone. It was a really big decision, we still talk about it all the time, but we’re so glad we went for it.

‘Eilidh captured all the emotion of everything so well, the photos are so so good. We had an amazing day, we planned our wedding in two week and actually, it was spot on!’ 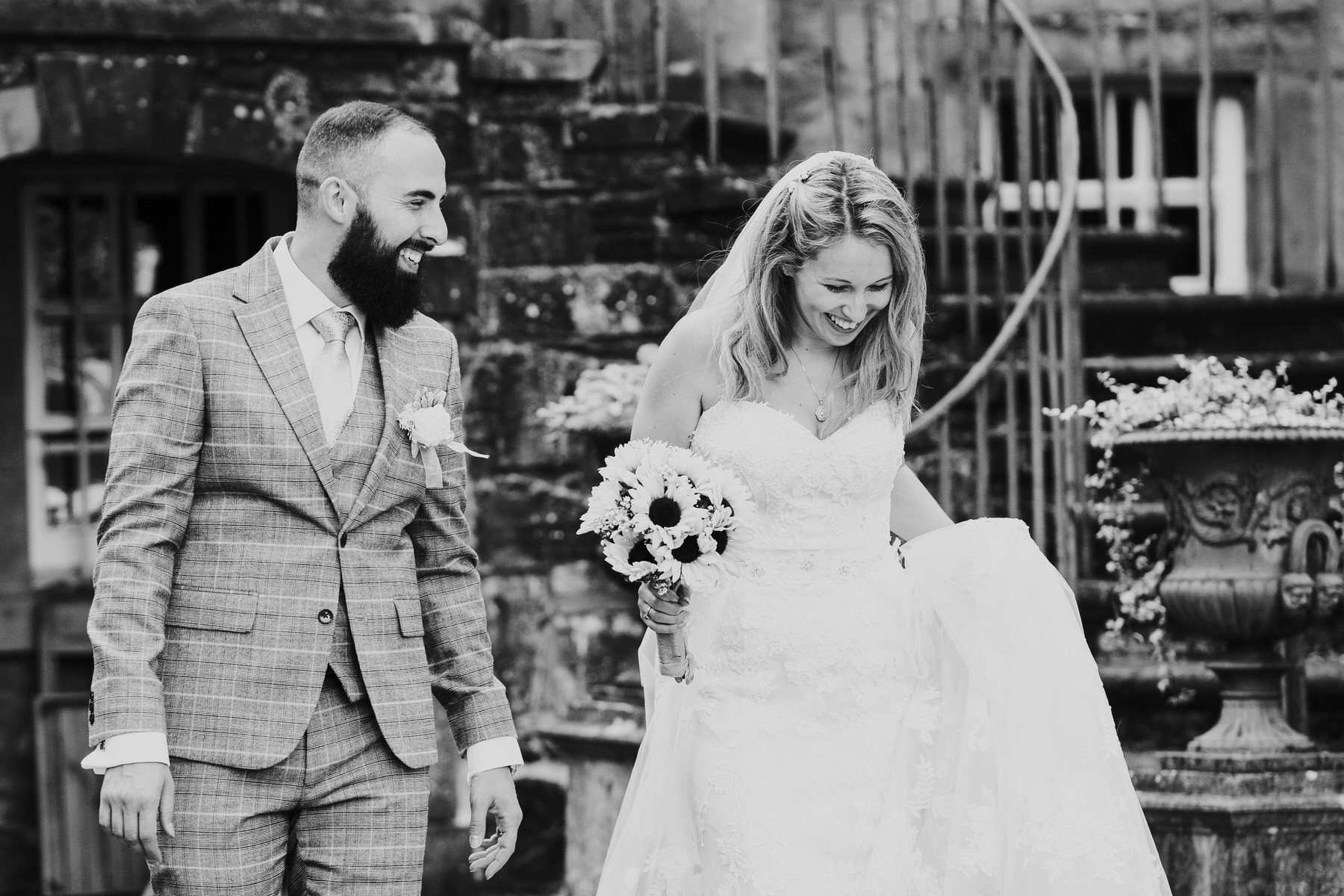 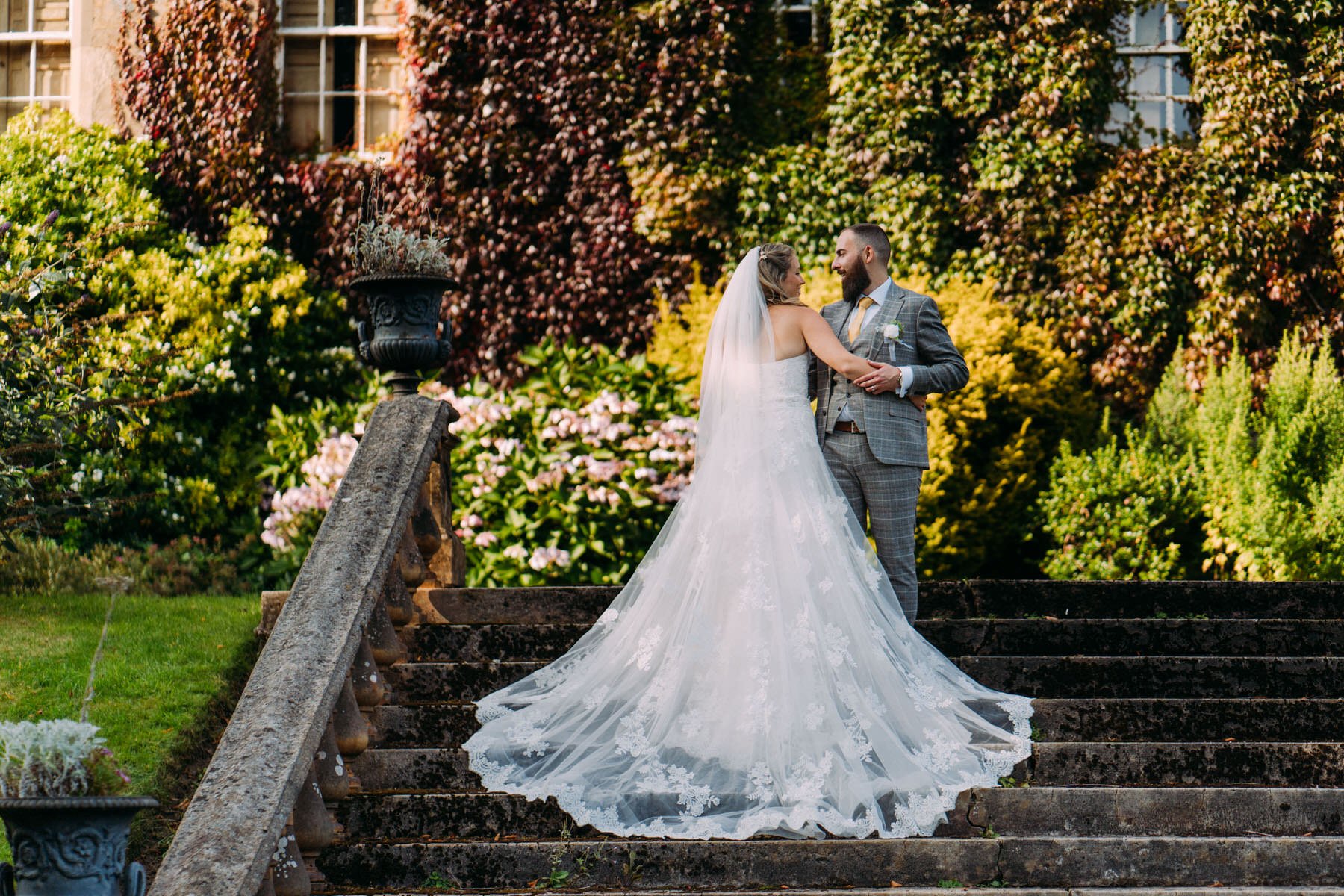 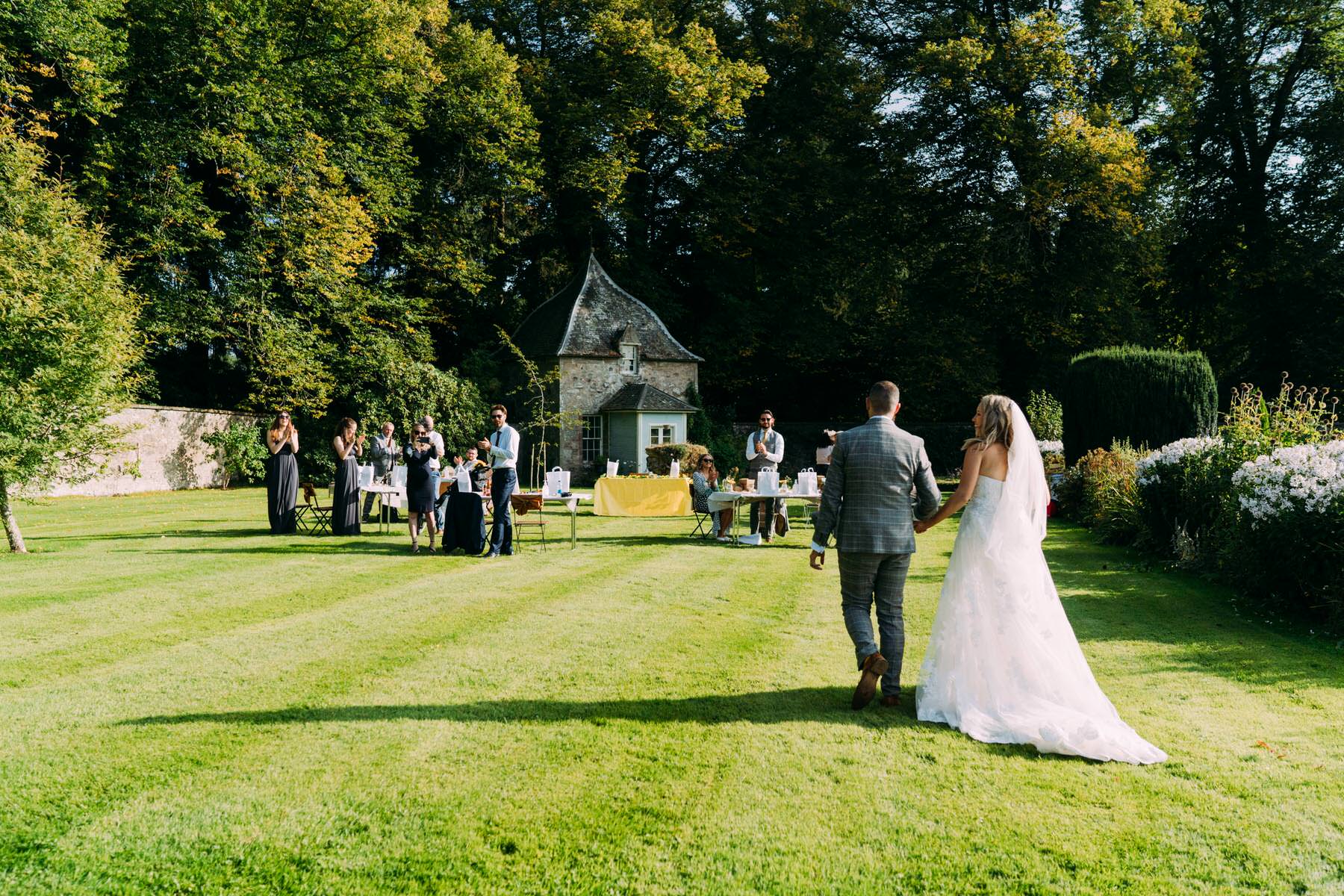 Holly and Marco’s top tips for a micro wedding: