Having booked their wedding for August 7th 2020, Alastair and Courtney Mather were among the thousands of couples up and down the country whose plans were destroyed by the pandemic.

They wanted a big family affair – with 120 guests for the ceremony and 200 for the party afterwards – so rescheduled for July 2021 in the hope that by then things would have returned to normal.

At the time they didn’t consider scaling back their ideas, preferring instead to wait it out until it was safe again to gather in big numbers. But by December the stress and uncertainty of the ongoing Covid crisis was starting to wear on them, floundering in a never-ending limbo they knew something had to change.

‘By the time we got to December we were just really fed up,’ said Courtney. 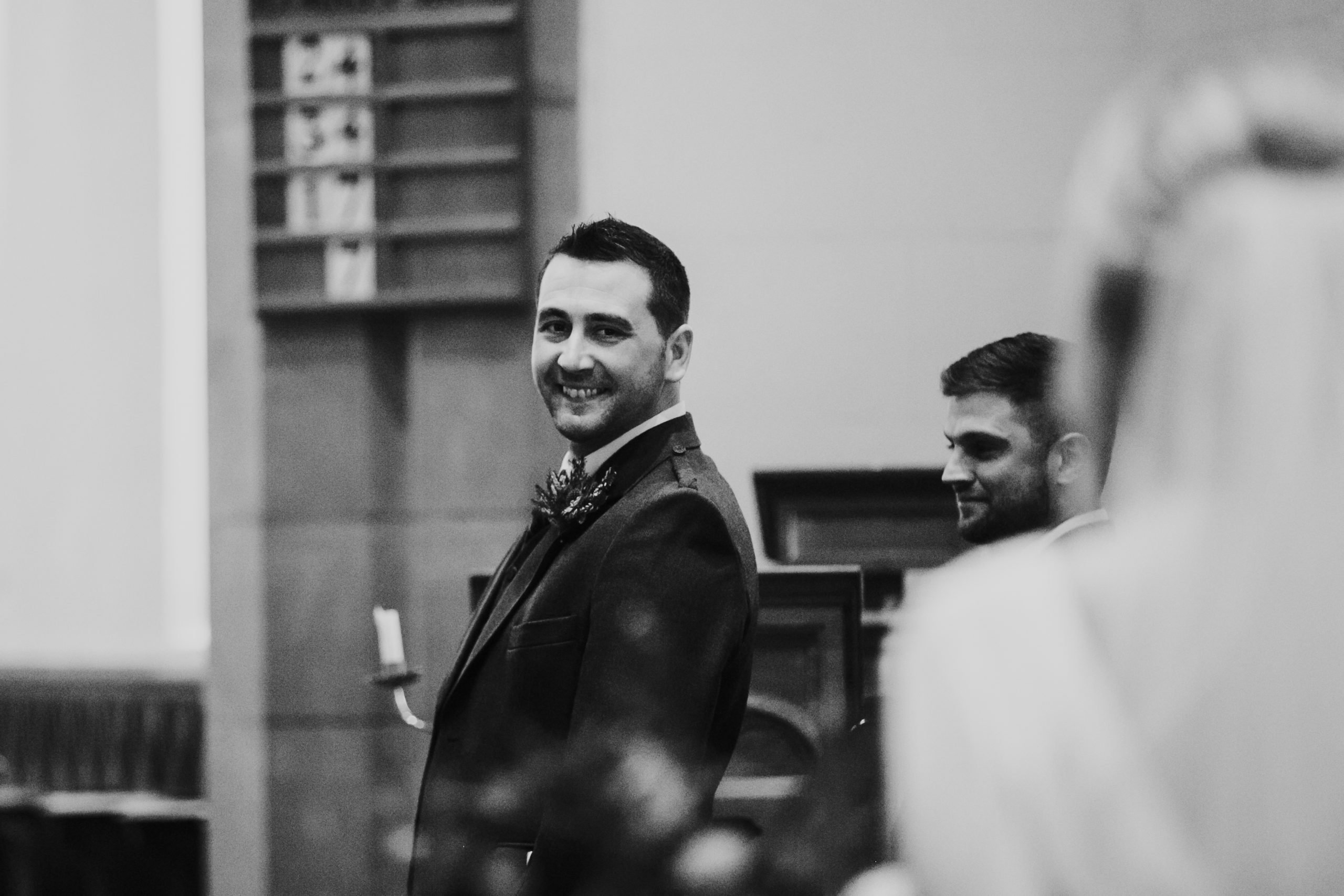 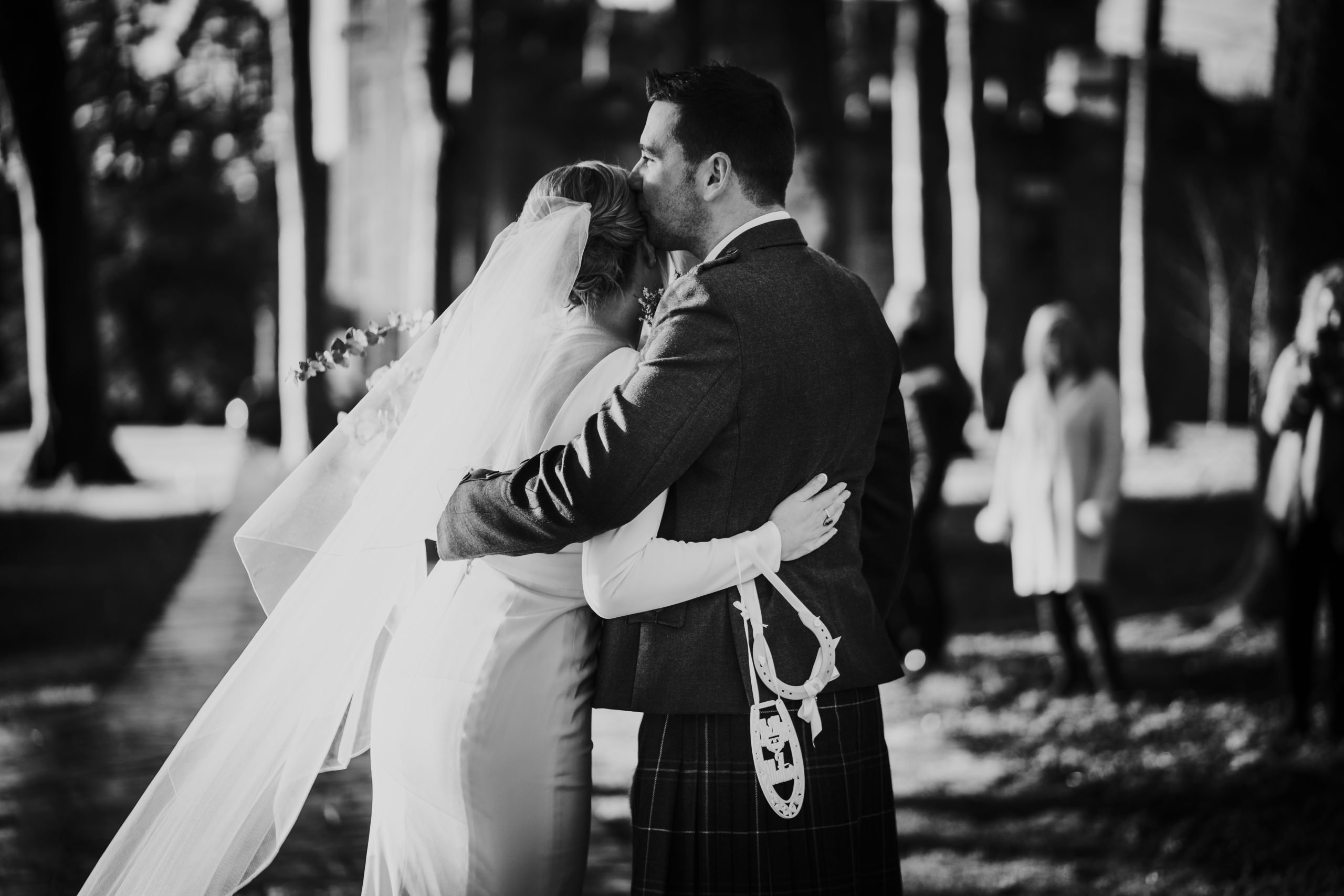 ‘We realised we had put the wedding off that long for the sake of other people rather than for us and that all we really wanted was to be married.’

The couple decided to change their date again, this time bringing it forward to the end of January. They knew this would have a drastic effect on their guest list but nevertheless decided it was worth it.

‘At that point in December the rules were that you could have up to 20 people at a wedding – which was completely fine with us because we could still fit our immediate families in.’

Sadly that too was about change. Just four days into the New Year the First Minister announced that tougher coronavirus restrictions were to be enforced across Scotland. The number of people allowed to attend a wedding was slashed from 20 to just five as the nation entered a new lockdown.

‘We were a bit hit by that to be honest,’ Courtney told us, ‘I did think, I don’t know if I can really do this.’

But after much thought and with the full support of their families, Courtney and Alastair held their nerve and, on Saturday January 30th 2021, were finally married in front of Maid of Honour Nadia and Best Man Will. Their families and friends cheered them along from a distance as they watched a live stream of the service from home. 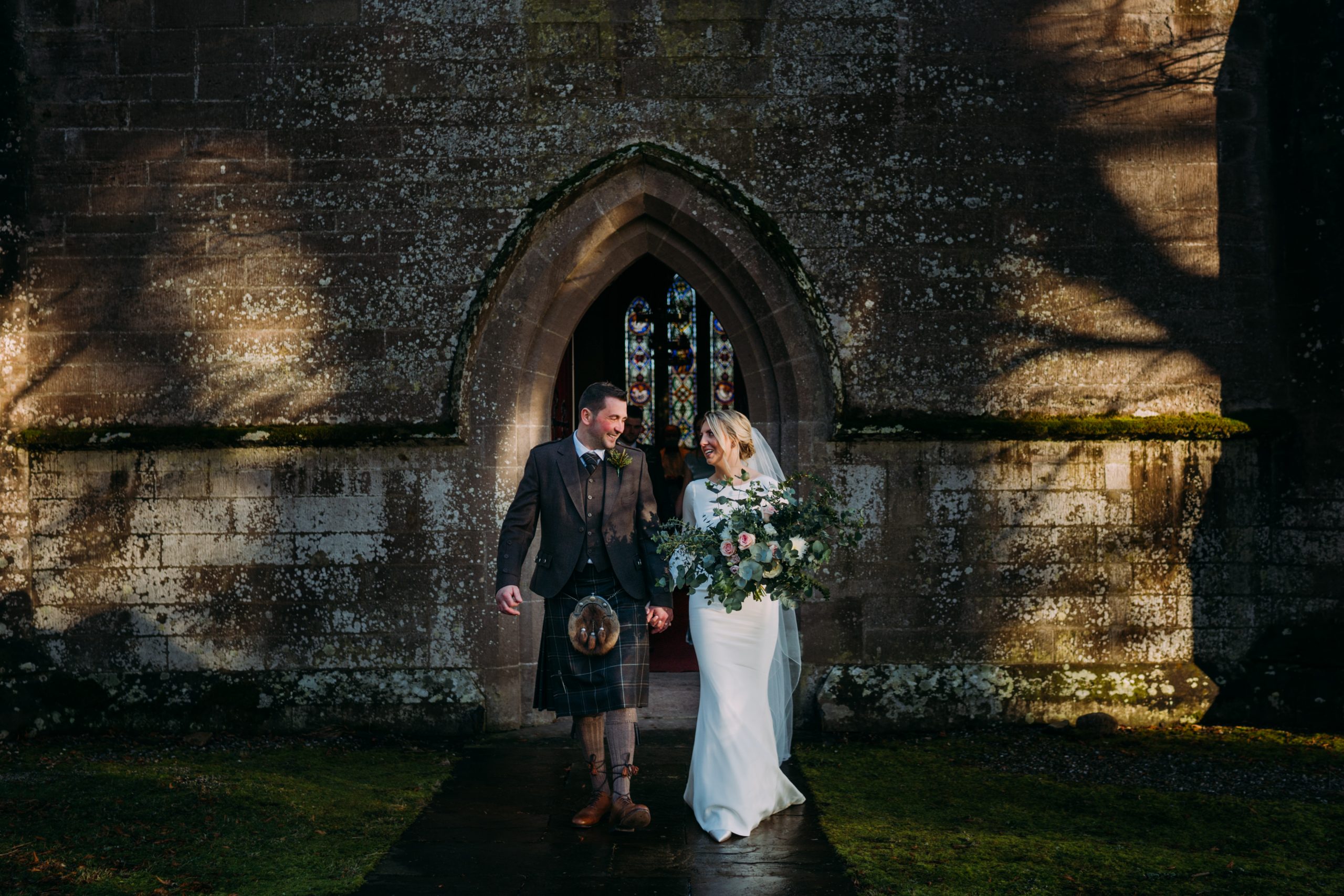 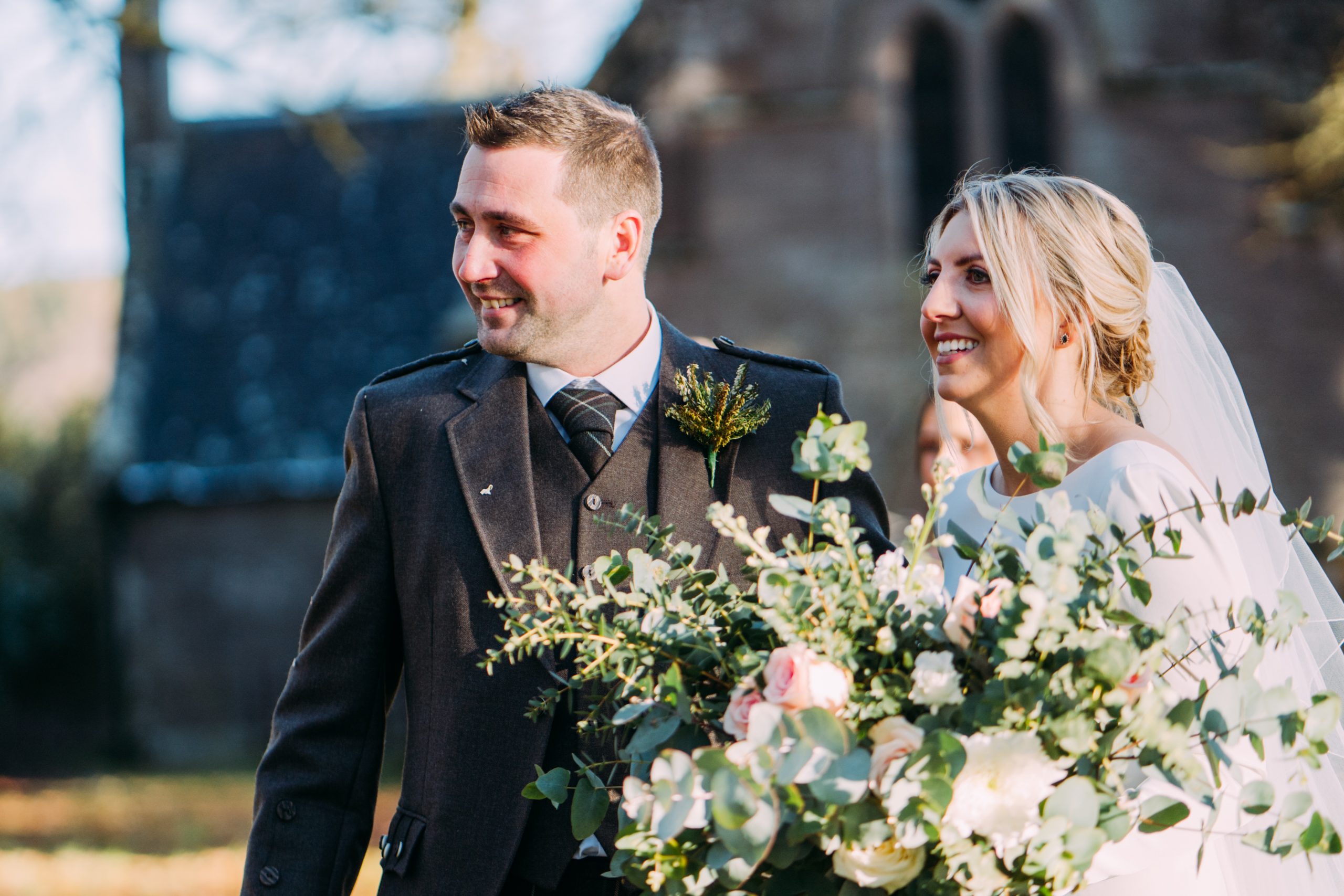 ‘It’s not what you think will end up happening when you start to plan your wedding but it actually it really helped for everyone to feel involved. People were sending us messages of love and photos of themselves all dressed up and celebrating with us as they watched – it was really lovely.

‘I wouldn’t change any of it it for the world.

‘Before, it was as if all the power and decisions had been taken away from us and that’s not really a nice way to feel about your life. Now we feel like we took back control of a situation that was ours to begin with. We wanted to get married so that’s what we did and now we can get on with our lives together.

‘It’s one of the very few days in life where you are allowed to be completely selfish, you don’t need to worry too much about what anyone else wants or thinks, you just have to do what feels right to you.’

Reflecting on whether it may be better to push ahead with plans regardless of how the global pandemic plays out Courtney added: ‘I would be lying to say that it didn’t come with it’s own challenges but I do think the best thing is just to try and get on with it and make the most of what you can. 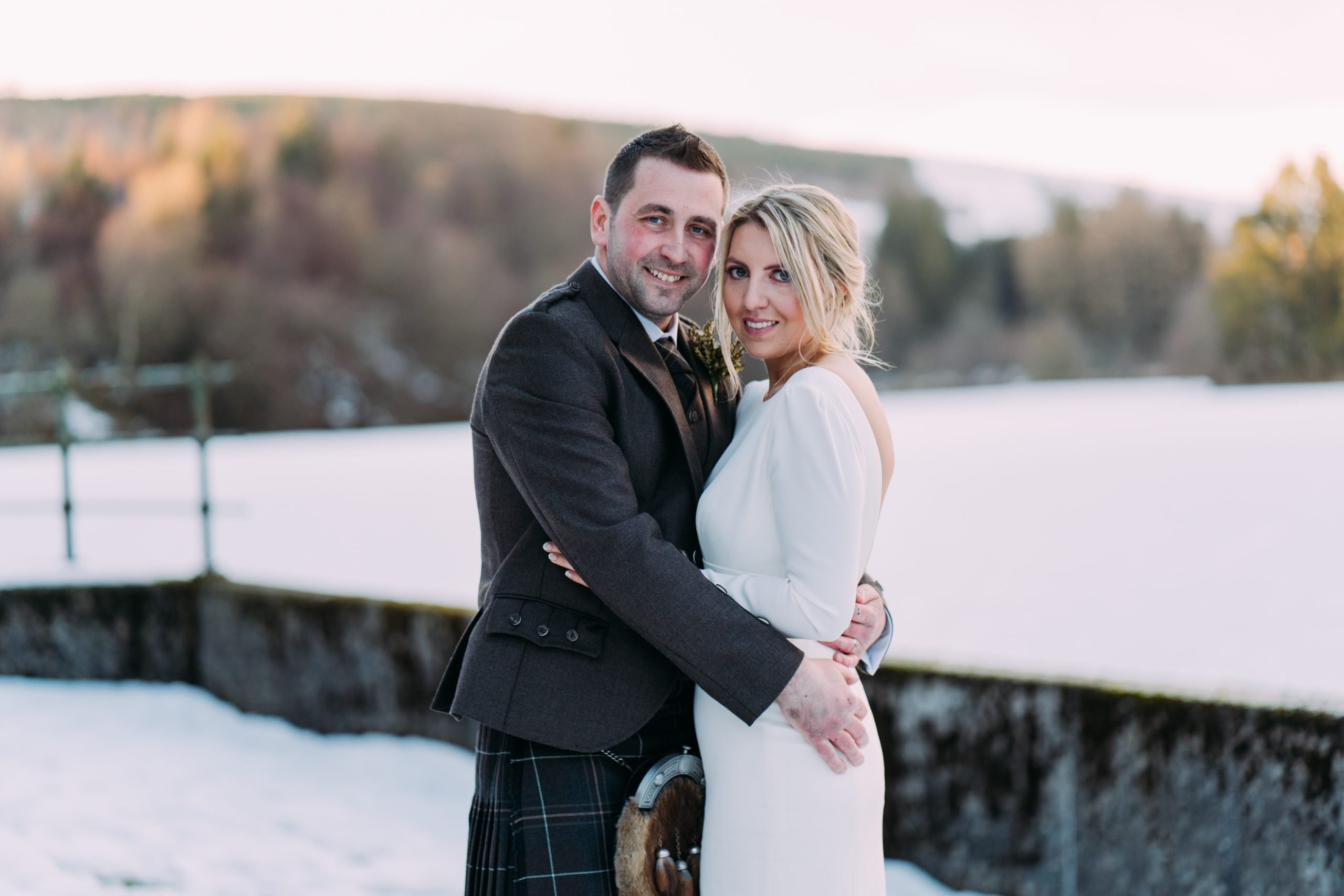 ‘And I do think the scale of weddings will come back down after all this. Of course we would have liked to have a party or something after the ceremony. But even without it, we did have a really good day and it does make you think, what really is the need to have hundreds of people there?’

In the spirit of making the most of what they could do, the couple took advantage of not having a room full of guests to rush back to and ventured out instead onto the snowy hillsides near their farm to revisit one of their favourite places and take some beautiful photos.

The winter sun shone hazily through the clouds and despite the sub zero temperatures the newly weds enjoyed the chance to raise a toast together.

‘It was so special to be able to have those photos taken there, we have spent a lot of time up there together and we did actually think as we did it, if we had had the big wedding that we originally planned, this probably wouldn’t have been possible.

‘Those pictures are for life, they’re so special and we feel really lucky to have them. I’m just itching to see the rest.’ 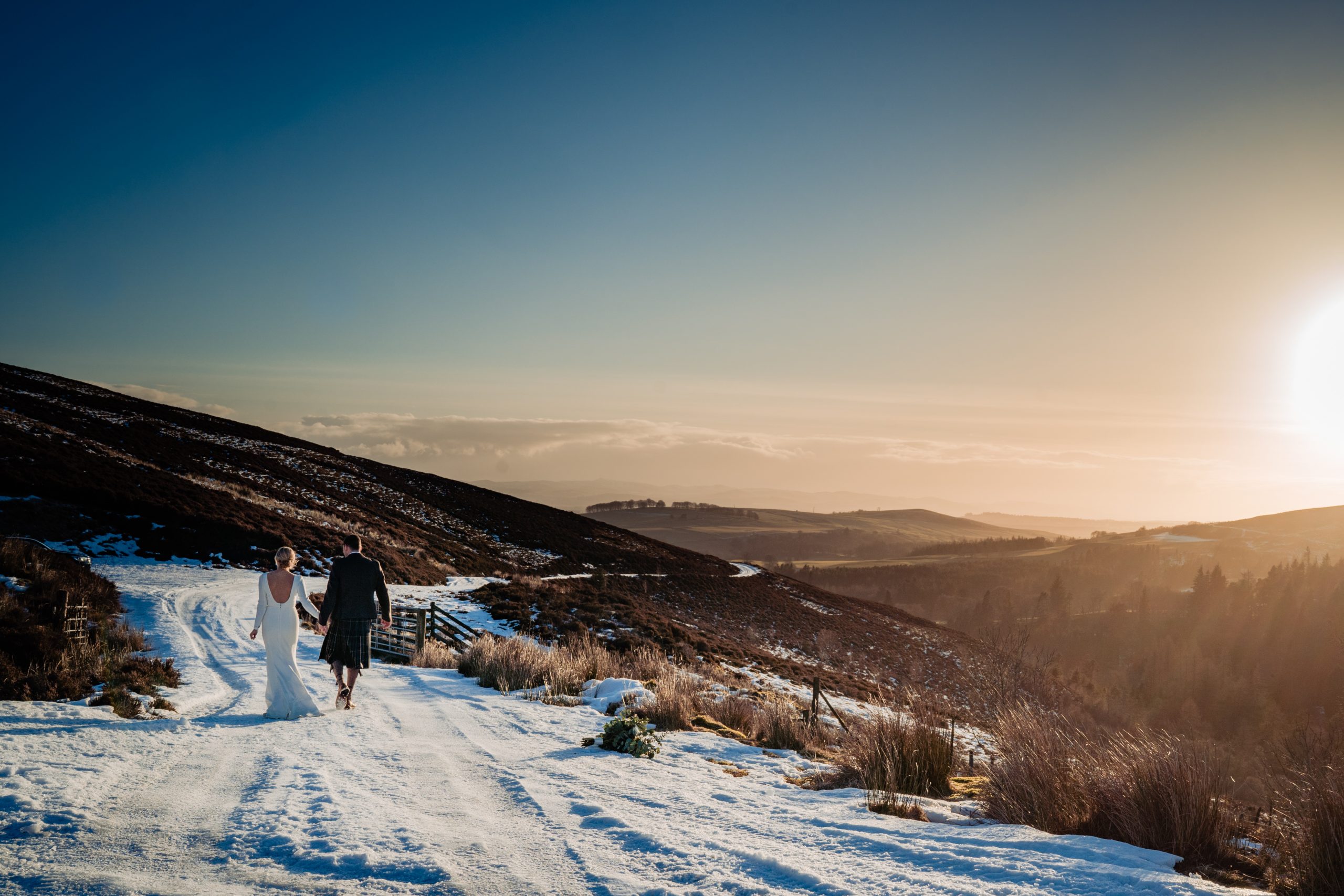 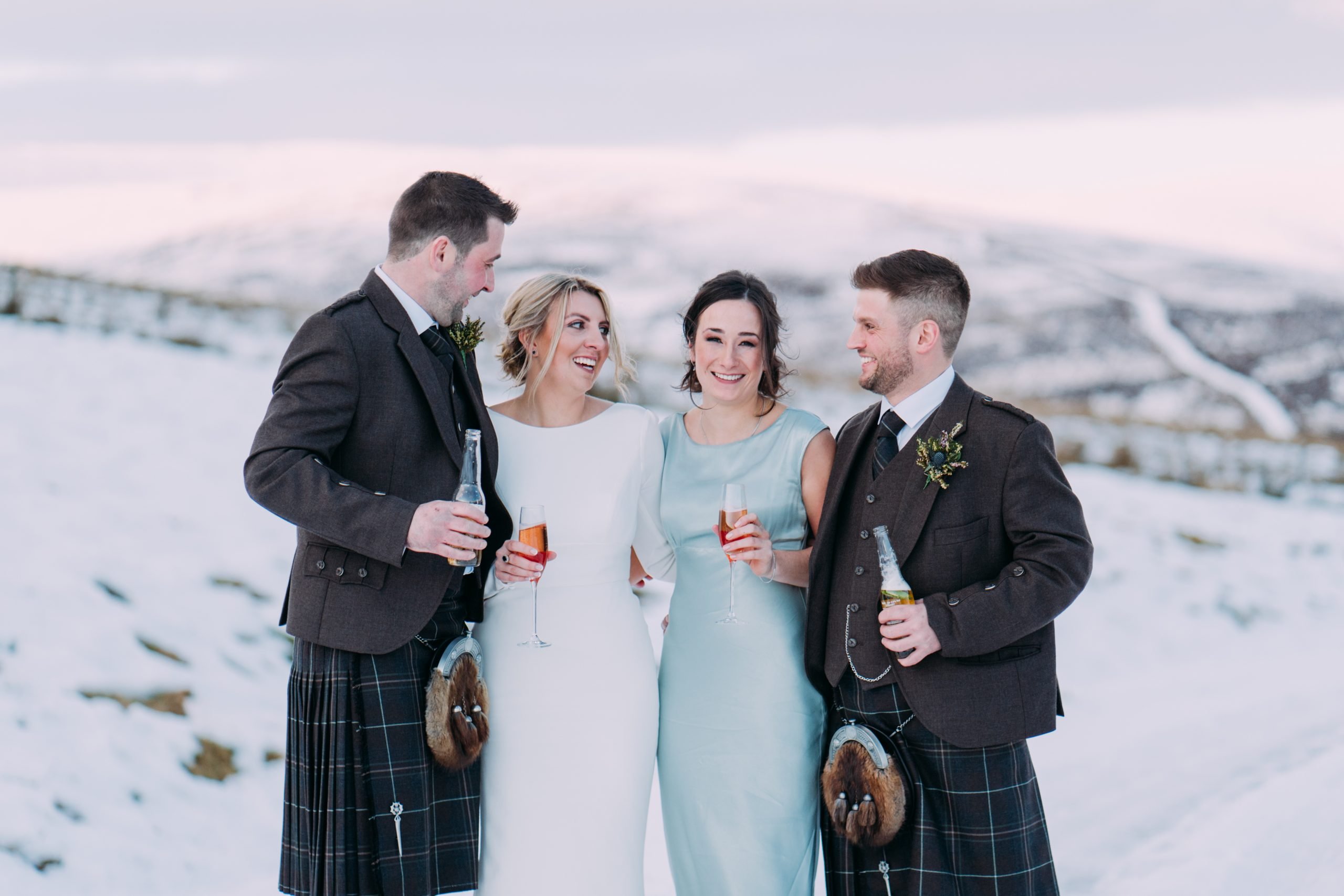 Courtney and Alastair’s top tips for a micro wedding: